In a world fueled by a raging pandemic and politics, kindness goes a long way. And to probably no one’s surprise, Dwayne Johnson has once again reminded us that there still is good in this world. Receiving a well-deserved tribute and earning the quite fitting 2021 People’s Champion Award at last night’s People’s Choice Awards in Santa Monica, California, The Rock did what he does best, surprising the crowd with a handoff and dedication of the award to people who inspire him the most.

After receiving a touching presentation from his “drinking buddy” Jeff Bezos, Dwayne Johnson surprised everyone by bringing Shushan Lazaryez — a cancer survivor and recipient of the Make-a-Wish Foundation — up to the stage and she seemed just as surprised as everyone else. Johnson expressed his admiration for the young survivor, saying “I met her earlier. I told her how inspired I was by her story. She is a survivor. She has fought literally for her life. She has inspired her family, her friends, now you guys here, now the world that is watching.” After handing off the golden trophy to the cancer survivor, The Rock finished off the touching moment with a quote he says he heard straight the late boxing legend Muhammad Ali: “Service to others is the rent you pay for the room you have here on earth.”

Before the shocking and touching moment, Johnson discussed how much Muhammad Ali had inspired him. In particular, The Rock recalled his last meeting with Ali at an event for the Make-a-Wish foundation. Working with Make-a-Wish, Johnson said, is both a privilege and honor.

Receiving the coveted award for his contributions to the entertainment industry, entrepreneurial endeavors, and commitment to supporting children and families in need through philanthropic partnerships, Dwayne Johnson does it all. Despite his jam-packed schedule filming, Johnson manages to find time to grant wishes to sick kids under the make-a-wish program. Being heavily involved with the foundation since his early years as a wrestler, The Rock follows in the footsteps of his father — one of the first ever celebrity participants in the program — as he has risen to become one of the biggest celebrity faces attached to Make-a-Wishg. In his years of involvement, Johnson has filled the hearts of sick children over and over again.

While clearly the biggest moment of the award show, the People’s Champion trophy wasn’t the only award the 49-year-old was nominated for. Dwayne Johnson also landed himself three other nominations last night, including for Male Movie Star of 2021, Male TV Star of 2021, and Social Star of 2021. In possibly his busiest year yet, 2021 saw the Rock helm Disney’s adventure film, Jungle Cruise, the smash Netflix hit alongside Gal Gadot and Ryan Reynolds in Red Notice, and even his own sitcom based on the star’s life, titled Young Rock. Through all his work, Johnson even managed to keep up with his 15.5 million Twitter followers staying active and even taking time to send messages to make-a-wish recipients that he can’t meet in person.

Johnson ended his speech last night with the humble statement, “It’s nice to be important but it’s more important to be nice.” His words have never rung truer as a devotion to just why The Peoples Champ is as epically large of an icon as anyone in this world. Dwayne Johnson’s tribute last night, more than anything, was a pleasant reminder of just how far kindness can get you. 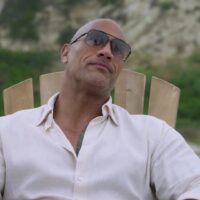 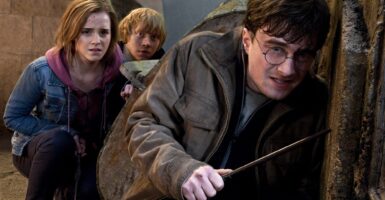