2022 has been a rough year for Disney. Just two months ago, former CEO Bob Chapek announced that the company was establishing a cost-cutting team to trim expenses wherever possible following a quarterly report presentation that showed less-than-stellar numbers. The house of mouse has watched shares of its company plummet all year long, and according to The Hollywood Reporter, Disney’s stock hit a new 52-week low this week and is down 44% over the past year.

Disney has faced challenges since the beginning of the pandemic when theme parks and movie theaters were closed for several months. Although Chapek was proactive in finding ways to save the company money following its disappointing earnings report in November, he was ousted by the business’ board soon after. Although investors were thrilled to see longtime former boss Bob Iger back as CEO, his return wasn’t enough to keep the company’s stock from dipping.

The recent faltering of the company’s stock is mostly due in part to Avatar: The Way of the Water’s opening weekend, which was much lower than expected. The film was projected to earn between $150 million to $175 million for Disney in its first weekend, but it opened to a significantly less figure of $135 million. Additionally, the movie struggled in China, bringing in $57.1 million, which is well below the $100 million that was expected.

Although The Way of Water had a strong second weekend with $56 million, the sequel has a long way to go if Disney has any hopes of earning a profit. The film has managed to cross the $1 billion mark at the global box office, but according to director James Cameron, it will need to earn $2 billion to break even. As China continues to experience a rise in Covid-19 cases, getting to that number could prove to be a struggle.

Speaking of China, the country was one of Disney’s most significant sources of revenue for its films, but over the past few years, the company has faced difficulty getting its movies released there. For instance, Marvel’s Eternals was banned from China because of controversial statements made by one of the film’s stars. Disney also saw Doctor Strange in the Multiverse of Madness banned from being released in the country.

Another reason the company’s stock continues to plummet is the high costs of streaming. While Disney reported growth in streaming subscribers in its fourth-quarter earnings results, the company missed revenue expectations and suffered higher streaming losses. This led several analysts to cut their price targets due to the growing losses.

At this time, there’s no telling when things will start looking up for Disney, but hopefully some of the changes Bob Iger plans to make have a positive impact on the company going forward. In addition to spinning off networks like ESPN, and potentially ABC, which will allow the company to move away from the linear business, the reinstated CEO is also implementing several cost-cutting measures. Here’s to hoping the changes bring forth a better year for the House of Mouse. 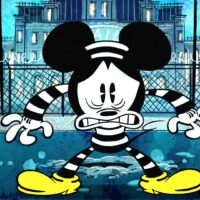 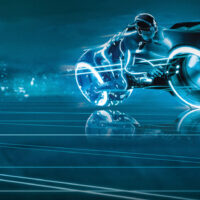