Instagram got lucky today, as film star Brie Larson got online to post her New Year’s Challenge. That challenge? More good food. Larson went on to share a series of delicious-looking dishes, including delightedly crackly-looking croissants and some variety of fruit tarts. With nearly seven million followers on Instagram, Larson has developed a very loyal social media following. While she frequently posts pictures and videos of her increasingly-brutal looking workouts, it’s a nice change of pace to see her charmingly home-made looking food.

Most recently, Brie Larson posted a picture of herself in a beige corset, which certainly thrilled a good section of the Internet. Larson maintains a well-curated social media presence, whether it is her and boyfriend Elijah Allan-Blitz meeting LeBron James at a basketball game or a quick pic strolling down a winter street in what can only be described as an All-Crochet outfit. Larson has been in the celebrity business since she became the youngest student admitted to San Francisco’s American Conservatory Theater at age six. So it is no surprise that she would have gotten pretty good at maintaining a fun peek into her private life through social media.

After appearing in the TV sitcom Raising Dad and The United States of Tara, Brie Larson shifted into movies relatively early. After notable roles like the stylish rock star Envy Adams in Edgar Wright’s comic book adaptation Scott Pilgrim vs. the World and the film reboot of 21 Jump Street, she won the Academy Award for Best Actress in 2015 for her portrayal of a kidnapping victim in the drama Room. But she really broke into the blockbuster A-list category when she took the role of Captain Marvel aka Carol Danvers for the Marvel Cinematic Universe in 2019. She starred in her own solo movie, then Endgame. She also recently appeared in a post-credits scene in Shang-Chi and the Legend of the Ten Rings.

Brie Larson’s next upcoming Marvel Cinematic Universe film is slated to be The Marvels, which will link her story to that of fan-favorite comics character Kamala Khan. The latter character will be played by Iman Vellani, first on a Disney+ series. The Marvels has already been delayed to February 2023, which is par for the course for films these days. Just earlier today, Sony Pictures confirmed that the Jared Leto-starring movie Morbius has been delayed for just the most recent time. Of course, you can’t really fault studios or audiences for being careful in just the most recent surge of Covid-19 infections due to the Omicron variant.

Until then, hopefully fans can be satisfied with the insane-looking workouts that Brie Larson regularly posts to her Instagram. Videos regularly show her trainers loading her down with chains while she does pushups or have the star ripping off a perfect set of pull-ups. It’s a pretty big part of her public image these days. And if that means that we’ll also get to see some delicious looking pasta, what appears to be a key lime flan and a truly decadent looking dessert of cream, berries and caramel, all the better. 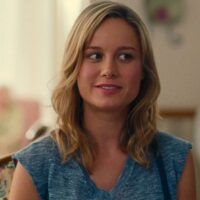