Though the original Star Trek series was canceled in 1969 after only three seasons, the show’s popularity skyrocketed in the early 70s. Soon execs over at Paramount realized they’d made a mistake and began working with creator Gene Roddenberry to bring the show back in one form or another. At first, there were troubled attempts to turn Star Trek into a movie, but eventually Paramount settled on making a new, 70s-styled TV series sequel called Star Trek: Phase II.

Scripts were written, sets were built and test scenes were even shot. The studio’s intention was to launch Phase II in 1978 with a big, two-hour television event that was sure to send fans to Warp 10. It never happened.

In 1977 both Star Wars and Close Encounters of the Third Kind debuted in theaters and changed the world of Science Fiction forever. Sci-Fi was officially a craze and Paramount wanted to cash in. They no longer felt a TV series was enough for Star Trek, so Star Trek: Phase II was scrapped and Star Trek: The Motion Picture went into development instead.

A lot of work went into Star Trek: Phase II before the project was canceled. William Shatner was on board to return as Captain Kirk. Roddenberry wanted Leonard Nimoy back as Spock, but he declined and was replaced by a new Vulcan science officer named Xon.

Kirk’s new second in command was to be a man named Decker. If that name sounds familiar it’s because the character was eventually used as the Enterprise’s new captain, William Decker, in Star Trek: The Motion Picture. Ilia, Decker’s Deltan love interest from the later developed 79 movie was there too.

Gene Rodenberry commissioned a redesign of the Enterprise for Star Trek: Phase II which was faithful to the original but updated the look. That ship design (but not the physical model which was destroyed) would go on to be the basis for the Constitution Class refit seen in 1979’s Star Trek: The Motion Picture. Sets were built, including a warp core and a new bridge. Much of that too would be modified and reused for the big screen.

Many of the scripts written for Star Trek: Phase II would go on to be used in other Star Treks. There’s an episode of Star Trek: The Next Generation called “The Child” which is based on a script originally written for Phase II.

Fans eager to see more of what Phase II was planning have, in recent years, tried to film fan productions based on that material. Most notably Star Trek: The New Voyages produced and released several episodes based on abandoned Star Trek: Phase II scripts. 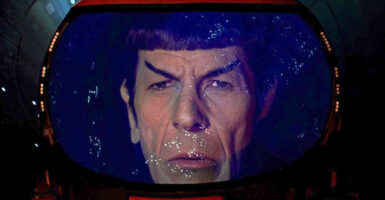 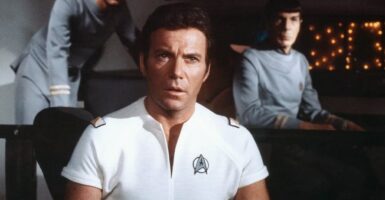 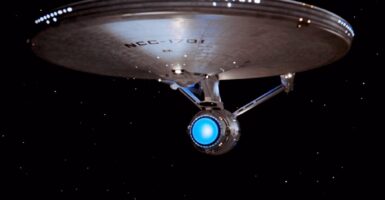 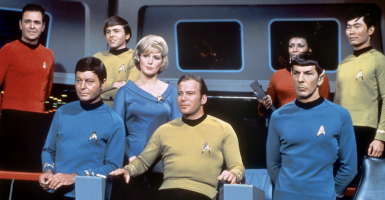 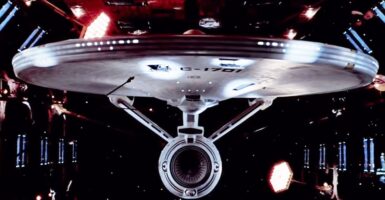 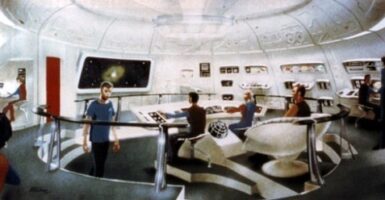 Star Trek Concept Art For The Series We Never Saw 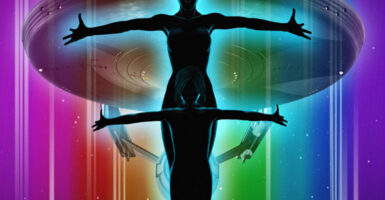 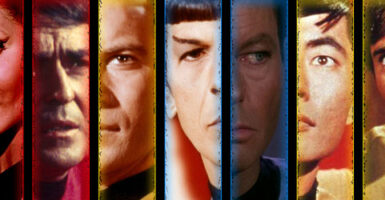 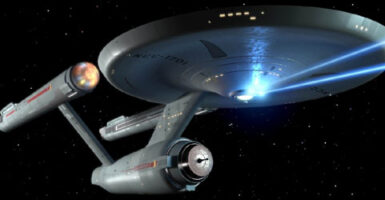