By Mark McKee | Published 7 months ago

“A man either lives life as it happens to him, meets it head-on and licks it, or he turns his back on it and starts to wither away.” – Dr. Boyce, “The Menagerie” Star Trek

The Star Trek family lost one of their own last month as prominent model maker, and designer Gregory Jein passed away. His family announced his death this week. The talented artist died on May 22 of cardiac arrest. His passing followed a long battle with diabetes, the family spokesperson said. Jein is survived by his cousins Eleanor, Cheryl, Jerry, Vivian, Laura, and Janice, along with their families.

Jein first established himself within the Star Trek community in 1977. He was subcontracted to build a variant of the Klingon ship, the D7-class studio model. It was intended to be featured in Star Trek: Phase II. The ill-fated series would have been the first live-action spin-off of the original series. He wouldn’t stay away for long. Douglas Trumbull asked him to return to the franchise a short two years later.

He was hired again to work on Star Trek, this time for the first film in the franchise, Star Trek: The Motion Picture. He was initially supposed to only work on several miniatures for Spock’s (Leonard Nimoy) space walk inside V’ger. However, his duties expanded to the interior sections as well. Of course, in true Hollywood fashion, the team was late to hire him. They gave him a short three weeks to complete the project. Not one to shy from a challenge, Jein enlisted the help of family, friends, and anyone else he could to help him complete the project.

Because he was forced to bring in staff to complete work on the film, he formed Gregory Jein Inc. to cover legal liabilities. That company would go on to be what he worked under for other Star Trek properties, including The Next Generation, The Final Frontier, The Undiscovered Country, Insurrection, Nemesis, Deep Space Nine, and Voyager.

Of course, Gregory Jein didn’t only influence the Star Trek community. Believe it or not, he also ended up having a significant impact on the Star Wars community as well. Among his staff on Star Trek: The Motion Picture (called his “army”), were Lisa Morton, Don Pennington, and Bill George. After he mentored them and helped grow their talents, they went on to huge careers in the business. George became a big part of the legendary Industrial Light & Magic company. That company gained great renown after being founded by the one and only George Lucas.

Jein himself wasn’t solely focused on Star Trek either. He was a legend in the science fiction community for his work on Steven Spielberg’s classic, Close Encounters of the Third Kind, Fantastic Four, Serenity, Avatar, The Dark Knight Rises, Oblivion, Interstellar, and Mulan. He was nominated for numerous Academy Awards, Primetime Emmys, and Art Directors Guild Awards throughout his career, and the industry will continue to feel his impact for decades to come. When talking about always working under impossible deadlines in Hollywood in the book, Return to Tomorrow – The Filming of Star Trek: The Motion Picture, he said, “Ah, if I had more time.” We’re also feeling that with the news of the legend’s passing. 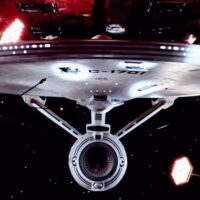 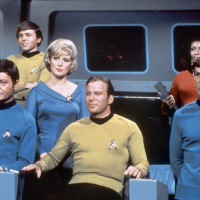 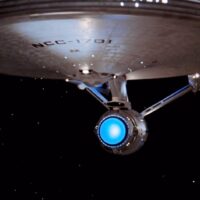 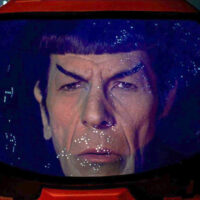 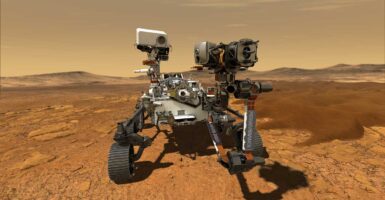