The travel industry at large has some problems. The height of the pandemic saw air traffic reach record lows. In the United States, we’d last seen air traffic lows reach those numbers following the events of September 11th, but even that didn’t cause as many troubles for airlines as the pandemic has. Now, Americans are leaving their homes again. They’re ready to get back out there and travel. But while people may be booking new flights left and right, there’s actually no guarantee that flight will happen. Now, American Airlines says they are being forced to cancel their flights in huge numbers and they expect that to keep happening well into July. They aren’t sure what will happen after that.

The American Airlines cancellations are partially due to not having enough staff, and partially due to maintenance issues. Over the recent weekend, they cancelled 123 flights on Saturday, 178 on Sunday, and more than 100 by mid-day on Monday. They expect to cancel between 50 to 60 flights a day for the rest of June and 50 to 80 a day throughout July, according to what American Airlines representatives told ABC World News Now. During the air traffic lows of the pandemic, most airlines and the TSA offered employees buyouts and early retirement. Now, they’re painfully understaffed and unable to resume business as normal. This is terrible timing as well, since the fourth of July weekend usually sees heavy travel.

The maintenance issues are somewhat predictable. Many planes have been sitting on the runway not being used as often as they should. Now, they need work. And they need work to be done on them by employees, which American Airlines doesn’t have enough of. Of course, the airline also needs ticketing agents, flight attendants, and more to keep their airline running.

While American Airlines are facing these struggles in a major way, so are other parts of the airline industry, including the TSA. Everett Kelley, President of the American Federation of Government Employees, told ABC News that they are scrambling to hire new employees. He said one of the problems has been that so many travelers don’t want to wear a mask. He didn’t specify whether that meant they needed more employees to handle the travelers, or whether that meant new employees weren’t wanting to take on jobs where they were at higher risk of catching COVID-19. The TSA had decided that they needed to hire 6,000 new agents. So far, they’ve managed to hire 3,000. There is no hope, he says, of them hiring the rest that they need and getting them trained before the July 4th holiday weekend.

Keeping the challenges for American Airlines and the TSA in mind, those who may be traveling that weekend will want to be familiar with their airline’s policy on cancellations and expect long lines for TSA to have your bags scanned for your flight. Showing up earlier than normal may be the best way to assure travellers make it on their flight, assuming it still takes off. Downloading the app for the individual airline is a good way to get notifications on flight changes as soon as possible. 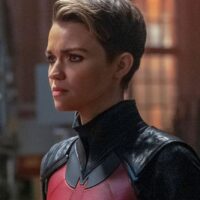