Ready or not, there’s a Teenage Mutant Ninja Turtles 2 on the way. Having dominated the weekend, brining in more $65 million against stiff competition including Marvel’s Guardians of the Galaxy, Paramount Pictures wasted no time in green lighting a sequel. There have been all kinds of articles about what Turtles 2 should and shouldn’t do (including one from our very own distinguished Nick), but now we’ve heard from people actually involved with the films and have our first hint of what may be in store for us.

The folks over at JoBlo had the opportunity to sit down with TMNT producers Andrew Form and Brad Fuller, as well as director Jonathan Liebesman, and talk naturally turned to the future. They asked if the Heroes in a Half Shell might be on their way to Dimension X.

This will be familiar to long time fans of the franchise, but for those unfamiliar, Dimension X is an alternate world or dimension or galaxy. Whatever you want to call it, the place figures prominently into Turtle lore. It’s where the mutagenic ooze that transforms the Turtles into the crime fighting adolescent martial artists originated. One of their notable villains, Krang, also hails from this mysterious place before he gets banished to Earth. 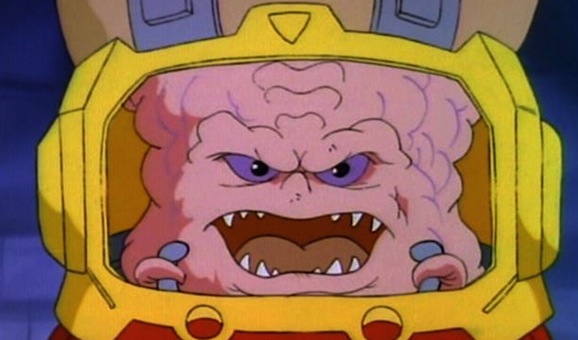 It’s also worth noting that Liebesman hasn’t officially been hired to work on any future movies, in any capacity that we know of, but what the hell. It does, however, sound like he’s going to be involved from the way he talks. Here’s what they had to say about the possibilities of Dimension X:

Liebesman: I would love to. I mean it’s not up to me. It’s up to all of us to decide.

Fuller: But we’ve talked about those worlds already.

Form: There are scripts that have been written for this movie that integrated those worlds into it already…

Liebesman: They were just too…it made the movie a bit too unfocused for this particular story.

Despite the changes to the origin story that Liebesman and company made in this film, they don’t necessarily rule out an inter-dimensional jaunt. In this version the Turtles come into contact with the mutagen in a lab, not randomly in the sewers, and though we don’t know the origin of the substance, it is hinted that it could very well be alien. This is only briefly mentioned in an flashback scene, but it’s there, and it seems very possible that it could have been something the team of scientists encountered.

So what do you think? Are you ready for Teenage Mutant Ninja Turtles 2? Do you want them visit Dimension X, or would you rather they leave well enough alone and let the Turtles be for the time being? Does this mean we might see Krang? We’ve already been told Rocksteady and Bebop could show up, so why not a giant disembodied brain?