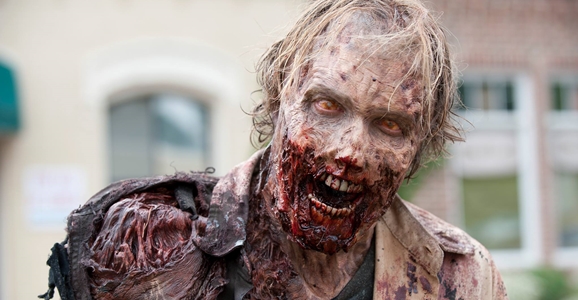 Z Nation
Zombies are absolutely everywhere right now. They’re chowing down on people on movie and TV screens, on the pages of best-selling comic books and novels, and, surprisingly enough, hawking everything from cellular telephones to candy to economy automobiles. Given their recent original programming binge, it seems like it was inevitable that Syfy would mark at least one undead-related project for production, and Z Nation is their choice. Karl Schaefer, who produced the criminally under-appreciated Eerie, Indiana, will produce and serve as a showrunner.

Z Nation has two big things going for it. First, the producers have already said that, instead of the overwhelming bleakness that often bogs down AMC’s The Walking Dead, their show will have a more hopeful outlook. For all of its myriad problems, the oppressive hopelessness and misery have been the biggest problems with Dead. Set three years after the zombie apocalypse, Z Nation follows a team travelling from New York to California, to the last remaining functional viral lab. This road trip nature is promising for a couple of reasons. This will give them an opportunity to show a wider swath of the landscape. Moving from city to city, you’ll get to see how others survived and made it through, which will help provide a clearer picture of the world. And it’s hard to screw up a road trip that badly. Sure, the Zombieland pilot sucked real bad, but let’s hope this turns out better.

While it could be good, there is just as much chance that Z Nation could be terrible. This will be the first regular series from the Asylum — yes, that Asylum, the ones behind Sharknado — which automatically makes this whole thing questionable. Zombie shows are usually heavier on the practical effects, so let’s hope that they go that route instead of leaning on awful computer-generated special effects. The other big knock is the sheer over-saturation of the undead marketplace. Like we said, they’re everywhere, and even though The Walking Dead continues to bring in record ratings, you have to imagine that eventually public opinion is going to swing in another direction. – Brent