In the months after Disney’s purchase of Lucasfilm and the Star Wars franchise, it was pretty much a given that the Mouse House would have huge plans for their newest member of its family. The announcement of a new trilogy, plus other Star Wars spinoff movies, has us cautiously excited, and we’ve already seen other new SW projects announced, such as the Star Wars: Rebels animated series. One area where there’s been as much bad news as good, however, is in the arena of Star Wars video games, most notably with the closing of LucasArts. Now it looks like that might be changing, thanks to new details about a very intriguing project in the works at EA Canada.

As often happens in the world of gaming, this latest rumor can be traced back to a job posting. The heading for that listing says that EA Canada is looking to hire an animation director for a Star Wars project. But things get really interesting in the body of the listing itself. “EA Canada is looking for an experienced Animation director to help define and deliver on the vision for a major new next gen open world action game.”

Star Wars. Open-world action game. You have my attention.

For the curious who might not be as up on their gaming lingo, an “open-world” game is exactly what it sounds like, a game that creates a massive, detailed virtual world and sets the player loose in it, usually allowing the player to explore wherever they like without having to be led around by the narrative. While there’s usually a core story to follow, there are also plentiful distractions to keep you sidetracked. One of the best-known examples is the Grand Theft Auto series, which serves up a living, breathing city for players to run rampant over. Presumably an open-world Star Wars game would involve less running over pedestrians and shooting hookers, but you never know.

This isn’t the first we’ve heard rumblings about an open-world Star Wars game. Kotaku reports that there was a similar posting for a “combat designer” back in September, which was confirmed by the studio’s recruiter to be a Star Wars project.

So what would a Star Wars open-world game look like? Would it be set on one world, or multiple worlds, sort of analogous to the Assassin’s Creed model of designing multiple meticulously designed cities for each game? Or more like the Mass Effect games, where various mid-sized “hubs” give players multiple missions to complete before sending them on to the next planet? Given that this is a next-gen game, the size of such an open-world game could be impressive. BioWare’s upcoming Dragon Age: Inquisition has boasted about single areas of the game that are larger than everything in the previous game put together. If the game is just set on one world, the city-planet of Coruscant is at the heart of the Star Wars universe, and it would certainly hold plenty of narrative potential.

In fact, there was already a project that was going to let players explore sections of Coruscant. Star Wars 1313 would have cast players as a bounty hunter descending into the planet’s seedy underbelly, with gameplay described as similar to the excellent PlayStation 3 Uncharted series. Sadly, that game was eventually scrapped, but not before it had shifted concept to focus not on an unknown bounty hunter, but rather on Boba Fett himself. That’s an experience many Star Wars fans were drooling over, but perhaps this new game will be promising enough to lessen their disappointment.

The new game is part of a partnership between EA and Disney to develop future Star Wars games. That includes, among other things, this open-world game, the long-awaited new Battlefront game, and the ongoing massively multiplayer online role-playing game Star Wars: The Old Republic.

We’ll keep you posted about the new EA Canada game as things develop. 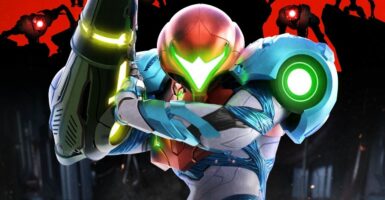