Ever since Disney announced there would be a new Star Wars movie coming in 2015, there has been a lot a fan speculation surrounding the film’s narrative. Would Star Wars: Episode VII sync up with the Expanded Universe? Would Luke Skywalker, Han Solo, and Princess Leia play a role in the new Star Wars sequel? Scroll down below the image to read the latest. The folks at Schmoes Know claim to have gotten info about an Episode VII casting breakdown sent out by director J.J. Abrams. If accurate, it may reveal the basic premise and main characters for the first film in the new Star Wars trilogy. The casting breakdown reads:

Storyline: Two 17 year old twins, a girl and a boy, are trained by their uncle Luke to be the greatest Jedis in the galaxy. Problems arise when the male twin turns to the dark side.

Jaina Solo — Female, 17 years old, lead. — Jacen’s twin sister, one of the greatest Jedis in the galaxy, trained by her uncle Luke Skywalker

Jacen Solo — Male, 17 years old, lead — Jaina’s twin brother, one of the greatest Jedis in the world. A loner who is constantly struggling with the idea of what’s right and what’s wrong. Starts to turn to the dark side. Full of conviction that what he is doing is the “right thing”. Will eventually become Darth Caedus.

So there you have it! A few months ago, there was a Star Wars rumor from Reuters that suggested some of Star Wars: Episode VII would take place on Yavin IV, the locations of the rebel base from A New Hope. Further speculation pointed to Master Jedi Luke Skywalker training a new crop of Jedi Knights, including his niece and nephew Jaina and Jacen Solo.

Considering that nothing is yet official when it comes to Star Wars: Episode VII — except J.J. Abrams and Michael Arndt are the film’s director and writer, respectively — fans should take this all with a grain of salt. If it turns out that this is the direction for the Star Wars sequel trilogy, then it’s a good way to explore the vast Star Wars universe.

Star Wars: Episode VII will hit theaters some time in 2015. 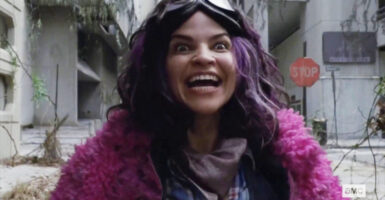