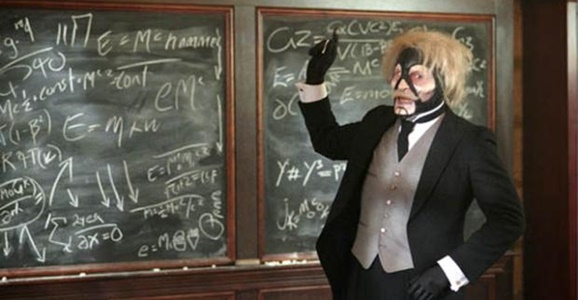 Farscape
John Crichton faced many challenges after slipping through a wormhole and winding up on the other side of the galaxy, sharing a living ship with a bunch of fahrbot escaped prisoners. Language thankfully wasn’t one of them, as a shot full of translator microbes ensured he could understand what all the aliens were saying. Okay, mostof it. Crichton still had a bit of a learning curve to pick up all the local lingo. And boy howdy, did the Farscape writers love coming up with alien slang. In fact, I think Farscape handily tops this list for the sheer volume of faux-fanity — at least assuming we don’t give Firefly credit for “the entire Mandarin Chinese language.” Want to learn how to cuss in the Uncharted Territories? Sit your eema down and pay attention, you frelling piece of dren.

Profanity Effectiveness Rating: “Frell” may not have the concussive impact of “frak,” but if you’re looking for sheer variety, Farscape‘s profane lexicon just can’t be beat. Somebody should put together a “Farscape Swear Word of the Day” calendar. Wait, no, that’s our idea! No stealing! 9 out of 10.