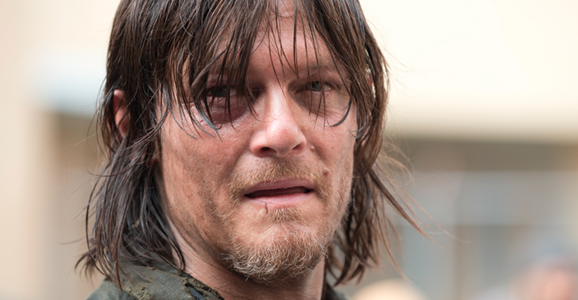 Walking Dead fans got a whole new thing to speculate about earlier this year, after creator Robert Kirkman addressed the possibility of whether fan-favorite Daryl Dixon might be gay. Walking Dead followers likely already know that Daryl’s character doesn’t exist in the comics, but was created for the show, and thus there’s plenty of room to speculate about any Daryl-related matters that haven’t been specifically addressed on the show. Now, some three+ months later, Kirkman has gone on the record about Daryl’s sexuality.

It all started in the letter column of The Walking Dead issue #130, where reader Nick Muller pointed out similarities between Daryl and the comics character Jesus, who was eventually revealed to be gay. At the time, Kirkman said:

All I can say is that it’s been discussed. We have very specific ideas about Daryl’s sexuality (or the seeming lack thereof), and if there’s ever a quiet period in the show where he’s not constantly distracted by crossbowing…we’ll tackle it on the show.

It turns out that the answer wasn’t going to come from the show after all, at least not yet. Instead, Kirkman broached the subject tonight on AMC’s Walking Dead aftershow The Talking Dead. Here’s what he had to say:

We play Daryl Dixon as being somewhat asexual on the show. He’s a very introverted character and I think that’s some of his appeal. I do have to clear something up, though: in the letter column of the comic book that I do, I mentioned that there was a possibility early on about making Daryl Dixon’s character gay. It caused quite a hubbub online and I just wanted to clarify that the possibility is there and that I would have been fine with it, the network would have been fine with it, but we ultimately didn’t do that. I can make it official: Daryl Dixon is straight.

Well, there you have it. Let the Daryl/Carol fan fiction dial it up to eleven.

For those fans disappointed that we won’t be getting a prominent gay Walking Dead character, Kirkman added that that will be rectified soon. Apparently the show will be adding a “very prominent gay character from the comics” in the second half of the season, which is set to kick off on February 8, 2015. The most obvious candidate is the aforementioned Paul “Jesus” Monroe, and another possibility is Aaron, who was introduced in issue #67 of the comic, back in 2009.

What do you think now that the question has been answered? Were you hoping for Daryl to be gay or are you pulling for him and Carol?