A lot of great movies have been made from simple concepts, elaborated to the point of superior narrative clarity. But a lot of shitty movies are made this way as well. A lot of those start with, “What if we parodied…” or “I am Roland Emmerich. What if I blew up…” And then, sometimes, you make a trailer, and then somebody wants to make it into a movie. This happens to me all the time.

The Bandito Brothers media supergroup, the one responsible for last year’s action-filled-but-not-thespian-filled Act of Valor, released a trailer last summer on Deadline’s website for Prototype, a sci-fi thriller that is now becoming a full film, following a similar process they used with Act of Valor. Filmnation is funding the film, while WME Global’s Graham Taylor will be behind the domestic distribution. Glen Basner will be busy in Berlin selling international rights. On the creative side, Andrew Will, a production assistant on Star Trek, is both the writer and director. Back to the financial side, it will be produced by Sean Cushing of Cantina Creative and Max Leitman of Bandito Brothers.

Apparently the trailer found its way from Deadline to YouTube, where it scored over 10 million views, continually growing in popularity. Granted, this professional-looking trailer was made by professionals, but it’s still an inspiring story.

For those that missed our original story on the film, Prototype‘s plot revolves around some sort of a cyborg (Joseph Mawle) — it’s unclear for certain — that escapes from a government facility, and then the good/bad guys send out Neil McDonough (Justified) to capture him. Anna Anissimova will also star. Relive the trailer below. 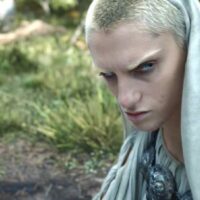