With the recent news that Lawrence Kasdan and J.J. Abrams will be taking over screenwriting duties on Star Wars: Episode VII, it is believed that the pair will start the writing process over from page one. If that’s the case, then George Lucas’ original outline and Michael Arndt’s screenplay might be thrown out for something fresh. There are new reports that suggest Harrison Ford’s Han Solo might have an extended role in the sequel trilogy that goes beyond just a cameo appearance in Star Wars: Episode VII.

According to Jedi News, Disney and Lucasfilm are looking to sign Harrison Ford for a multi-picture deal that extends past Episode VII into the other films in the sequel trilogy. Apparently, Ford agreed to Han Solo’s new story arc through the new saga with a caveat that he would reprise another character in the Lucasfilm universe, Indiana Jones.

It’s no secret that Ford holds Indy in higher esteem than the space smuggler Han Solo. In fact, Ford is itching to don the fedora again in Indiana Jones 5. If a deal can be reached between Ford and Disney/Lucasfilm, we could expect to see a new Indiana Jones movie by the end of 2016. According to Jedi News:

Ford wanted to see the synopsis for his character’s development over more than just Episode 7. He saw this in August and is happy with the story arc.

Ford wanted a commitment to Indy 5. He did not get this as there is no plot line or script in place. What did happen was an agreement was made wherein an outline would be developed by the end of calendar year 2014, and if all parties can agree to it moving forward, efforts would be made to move on Indy 5 for release before the end of 2016.

Disney wanted a multi film deal with Ford, which transcends Episode 7. This has now been agreed.

Ford has remained coy about his future participation in Star Wars. Considering that Episode VII will take place about 30 years after Return of the Jedi, it makes sense that Ford would sign on to the film. It was believed that Ford would only make a cameo appearance in Episode VII, but now it seems that he’s comfortable being in the new sequel trilogy in a larger way. It’s doubtful that Ford would have a starring role in the new films, but it would be cool to see an older Han Solo interact with a new generation of characters.

A new Indiana Jones film, on the other hand, might not be a good idea. Although Kingdom of the Crystal Skull was a box office success, grossing $786.6 million worldwide in 2008, the fourth film in the Indiana Jones film series has been mocked ever since. Paramount Pictures still owns the rights to distribute Indiana Jones, so it’s unclear if Disney will get a piece of that archaeology action too. But if Indiana Jones 5 does happen, hopefully they’ll have some better people involved with the project (not to say Steven Spielberg isn’t great, but, c’mon, you watched Kingdom of the Crystal Skull. That wasn’t the best outing for Indiana Jones, now was it?).

As for Star Wars, if Disney has a deal like this for Harrison Ford, would they have the same multi-picture deal with Mark Hamill and Carrie Fisher as well? JediNews is a pretty solid source, but until it’s official, take this report as a rumor and nothing more. 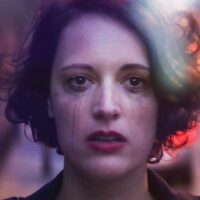