This year has been one of the busiest years for science fiction in recent memory. We have already seen movies like Oblivion, Star Trek Into Darkness, and After Earth released in theaters, and in the second half of the year we’ll see Neill Blomkamp’s Elysium, Pacific Rim, and Alfonso Cuarón’s Gravity find their way in movie multiplexes across the country. While one of the smaller science fiction offerings of the year hasn’t gotten as much attention as the larger movies listed above, Europa Report is the type of movie that is completely worth watching.

The MTV Movie Blog has an exclusive clip from the found-footage science fiction film, and it focuses on the first manned mission to Europa, one of the moons of Jupiter. Because of the emergency landing in the clip above, the crew is having some technical issues, which is going to make it harder to stay in communication with Earth as they try to land and survey the moon. The scene is suspenseful and builds a certain tension that will last throughout the entire film.

Europa Report has drawn some comparisons to Alfonso Cuarón’s Gravity, in terms of both films’ minimalism. Considering that the former features a full cast of characters, Europa Report is closer to Danny Boyle’s Sunshine if you are comparing it to Gravity’s minimalistic aesthetic. Based on its trailers, it looks like both films will feel claustrophobic and intense.

If you have cable, then Europa Report is now available via Video On Demand. Otherwise, the film opens in limited release on August 2. 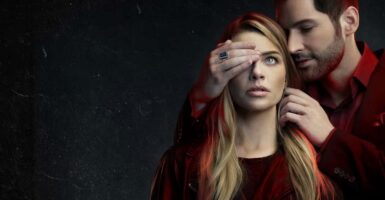