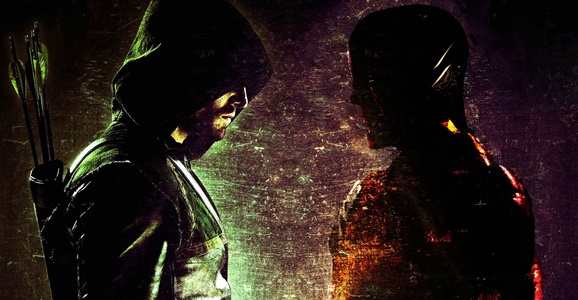 It Would Allow For Crossovers, But Not Require Them
The recent Arrow/Flash crossover was not only hugely entertaining, it also brought in huge ratings for The CW. Seeing beloved characters interacting, fighting, and teaming up against villains is a time-honored tradition in the comics world, but not always as easy to wrangle when it comes to their movie and television incarnations. Even if DC wanted to declare everything now exists in a Marvel-style Cinematic Universe, the nature of some of the shows simply wouldn’t lend themselves to it. I can’t really see Barry Allen’s colorful speedster working within the gritty procedural world of Gotham, and given how Arrow and Flash have both so far ducked the issue of magic, a Constantine crossover might feel jarring as well. But there are already rumors that CBS’ Supergirl and/or TNT’s Titans series could theoretically crossover with the Arrow-verse, and The CW’s dynamic duo is already well on its way to introducing even more classic DC heroes (The Atom and Firestorm, with hints of many more).

But given that they’re on three different networks, it might make things considerably easier to have those hypothetical crossovers be cross-universe encounters, rather than trying to shoehorn them all into the same continuity. Let the TV Flash (Grant Gustin) team up with the movie Flash (Ezra Miller) to stop Reverse Flash from erasing both of them from existence. Let Oliver Queen and Dick Grayson trade brooding tips before teaming up to take down two different versions of Deathstroke in an epic Arrow/Titans crossover. Declaring a multiverse would open the door for, well, anything, but without requiring the various movies and shows to participate, or to contort their own mythology to account for the existence of the others. Think the ratings for the Arrow/Flash were impressive? That could be small potatoes with a multiverse. 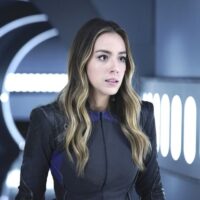 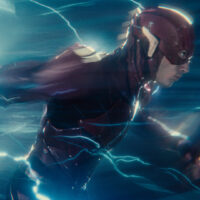