You may remember a year or so back when a deep-sea salvage company discovered something odd at the bottom of the Baltic sea. The team from OceanX jokingly described the object as a UFO, but once the story went viral, many commented on the fact that it kind of looked like the Millennium Falcon. Using side-scan sonar, the object was discovered to be 60 meters in diameter, with a “rigid tail 400 meters long.” Earlier this month divers descended the nearly 300 feet below the surface to photograph the anomaly, and despite a first-hand look and bringing up samples for analysis, they have returned with more questions than answers. You can watch a news report with footage and photos of the expedition below, unfortunately all in Swedish.

OceanX diver Stefan Hogeborn, despite a 20-year career spent exploring the undersea world, said he had “never seen anything like this” and that it was “the strangest thing I have ever experienced as a professional diver.” One particular line describing the object as resembling “a huge mushroom” is being misconstrued by some corners of the internet, but that description appears to just be metaphor, not an actual classification. In fact, they still don’t know what the hell it actually is. Here’s some official description from OceanX’s press release:

First they thought it was just stone or a rock cliff, but after further observations the object appeared more as a huge mushroom, rising 3-4 meters/10-13 feet from the seabed, with rounded sides and rugged edges. The object had an egg-shaped hole leading into it from the top, as an opening. On top of the object they also found strange stone circle formations, almost looking like small fireplaces. The stones were covered in something resembling soot.

Pictures taken during the dive were first published in the Swedish newspaper Expressen, and samples from the mysterious object were sledgehammered off and brought to the surface for examination. You can expect these puzzling reports to set off a new round of UFO speculation, and I’m sure the History Channel is already in pre-production on “Underwater Aliens: Fact Or When The Hell Did We Stop Actually Making Shows About History?”

All I can say is these people clearly haven’t watched the director’s cut of James Cameron’s The Abyss. You don’t go futzing around with the underwater aliens, man. 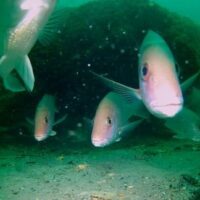 Divers Discover A 50,000 Year Old Underwater Forest In The Gulf Of Mexico 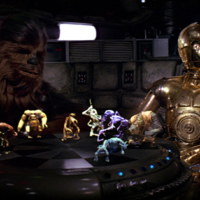 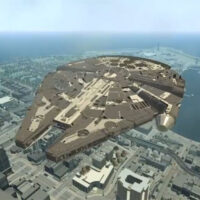