TALOS: DARPA And The Army’s Way Of Making Supersoldiers Without Gene Mod For months now, U.S. Army researchers have been working with defense contractor DARPA to develop a tactical suit that essentially turns wearers into superheros, just behind robots on the scale of enhanced asskickers. While this Wired article compares the suit to Iron Man, I say it’s got more in common with the toys Batman uses. Besides, Tony Stark doesn’t wear another man’s gear. This will be the gear that many men and women will get behind, as both agencies are currently accepting proposals and research from anyone who can enhance the technologies utilized in the suits.

The Tactical Assault Light Operator Suit, whose name was undoubtedly figured out retroactively to match the Greek God acronym TALOS, is a powered exoskeleton that will have the ability to do a large number of protective tasks. It can do so much that you sounds delusional when talking about it. “[The] requirement is a comprehensive family of systems in a combat armor suit,” said Lieutenant Colonel Karl Borjes, the U.S. Army Research, Development and Engineering COmmand (RDECOM) science adviser, “where we bring together an exoskeleton with innovative armor, displays for power monitoring, health monitoring, and integrating a weapon into that — a whole bunch of stuff that RDECOM is playing heavily in.” Well, he didn’t sound delusional when talking about it, but check out what it will do.

It will have an MIT-engineered bulletproof liquid body armor made out of magnetorheological fluids that will instantly transform from liquid to solid any time a magnetic field or electrical current is introduced. This sounds like force fields in video games that look normal until you touch them and all of the energy converges to the point of impact. I’ve got to say start a security company using some of those fluids.

The exoskeleton itself would of course give the user quite a bit more strength with “greater ballistic protection.” There will also be real time health monitoring via sensors and built-in computers, and the capability of applying wound-sealing foam. Night vision is a given. No doubt before it’s all said and done, more bulletproof bells and whistles will make their way into the prototype, which is on schedule to be finished by some time next year. Maybe put a few frickin’ lasers on this thing and maybe a Bata..er..an Armyarang. And we all know what these soldiers will use as pets.

Do you have a great idea for this suit, along with the work to back it up? Tell them about it. They’re not just looking at research from “traditional military industry but also from academia, entrepreneurs, and laboratories capable of providing the design, construction, and testing of TALOS related technologies,” according to USOCOM acquisition executive Jim Geurts. For more information, go here. And check out the concept video and contractor demonstration meeting video below. 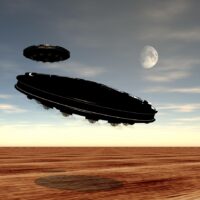