It would seem that established franchises don’t shy away from introducing major changes from the original, or at least the latest installments. The best example of this was the exciting news that Cloud Chamber is developing a new BioShock game, reportedly set in an open-world environment. The freshest news from the rumor mill is that Nintendo’s considering breaking its one-console-one-release rule and releasing the second Mario Kart game, Mario Kart 9, on Nintendo Switch. And now, we find out that the highly anticipated Star Wars Jedi: Fallen Order 2, the sequel to the massively successful Star Wars Jedi: Fallen Order, is also making a major change from the original game.

It’s essentially an open secret by now that Respawn Entertainment, the developer of Star Wars Jedi: Fallen Order, is currently working on a sequel to 2019’s action-adventure game. And even though the fandom has been naturally referring to the game as Fallen Order 2, according to the latest news from Comic Book, there’s a high probability that the end-product won’t bear that name when it’s revealed. Instead, Respawn Entertainment is seemingly considering going with an entirely different subtitle altogether, marking a small but noticeable change from the original game.

Respawn is considering dropping “Fallen Order” from the sequel’s name, keeping the Star Wars Jedi as the project’s main title, followed by the new subtitle. Nobody really knows what that subtitle might be, but we might not have to wait for long to find out, given that the sequel aims for a spring reveal window without a date set in stone. Admittedly, Respawn isn’t pioneering putting a different subtitle on a sequel. However, considering that the entire Star Wars Jedi series actually sits atop of a single release from 2019 does beg the following question: are we discussing a sequel at this point or an entirely different game?

It’s hard to tell, considering that Respawn still hasn’t announced the game formally, so details are remaining scarce. With that said, the alleged return of Cal Kestis, the original game’s protagonist, could indicate a sequel to the original game and not an entirely new release. Keep in mind that this information is best taken lightly since EA or Respawn haven’t officially announced the game. In fact, both companies haven’t even committed to a release window for the game, but some speculation suggests that the first gameplay video might appear around May 2022, and the full release could be expected sometime in the second half or even the last calendar quarter of 2022.

It’s worth pointing out that, despite losing the exclusive rights to producing Star Wars games, EA still holds rights to Star Wars console games until 2023. So, it’s entirely possible for Fallen Order 2 to drop sometimes in late 2022 or even early 2023 before that contract expires. In the end, it’s in EA and Respawn’s best interest to shift their gears into overdrive, taking into account any possible delay that may occur as a result of the ongoing pandemic. 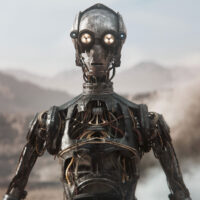