The fans of Resident Evil have long awaited this day, and it has finally come — during yesterday’s State of Play, both Sony and Capcom announced what the gaming community has hoped for ever since 2005 — the remake of Resident Evil 4, the best Resident Evil game in the entire series. The game’s remake that changed the third-person shooter genre will arrive on PlayStation 5, Xbox Series X/S, and PC on March 23, 2023. You can see the teaser below:

The brief Resident Evil 4 remake teaser trailer shows a remake that’s very similar to the original game, with its protagonist Leon Kennedy dispatched to rural Europe to find Ashley Graham, the US President’s daughter, that has been kidnapped by a cult worshiping Las Plagas — nasty parasites that turn people into zombies. Ada Wong is also set to make an appearance, and we can only hope that she’ll get her own chapter in the game’s narrative. Unfortunately, however, there was no mention of Luis, a controversial character that caused censorship of the VR version of the game.

Back to the topic at hand, Capcom stated that they’d reimagine certain parts of the Resident Evil 4 remake’s storyline the fandom fell in love with nearly 20 years ago. The company promised to keep the original storyline and gameplay core intact, and we’re wholeheartedly welcoming their decision. Tweaking the story a bit is perfectly fine and quite necessary if you’re trying to create a fantastic overarching narrative. But changing the gameplay would be a no-no — why break something that inspired massive changes to how third-person shooters are played.

The original Resident Evil 4 was released in 2005 and quickly became a recipe for third-person shooter action horrors, ported to nearly every gaming platform known to humanity. It served as a perfect middle ground between action shooters and horror survival games, but it also introduced a third-person camera that worked beautifully for the game. The concept transitioned into Resident Evil 5 and 6 but couldn’t compare to how it worked in Resident Evil 4. Hopefully, Capcom won’t tamper with the working formula for the Resident Evil 4 remake.

We’d like to point out that, despite being a highly-anticipated gaming title, the Resident Evil 4 remake is just another one in what appears to be the start of a very long line of remakes in the Resident Evil franchise. Sure, the remake of Resident Evil 2 was a breath of fresh air, but the following release didn’t get as nearly as much attention as Capcom thought it would. So, should the company reinvent the storyline or just modernize the graphics and call it a day?

It really doesn’t matter. If the Resident Evil 4 remake turns out to be a fluke, the original version of the game, the one with the dated graphics, is just as perfect as the first time we played it. 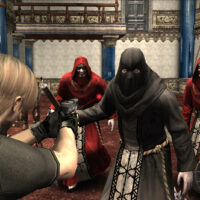 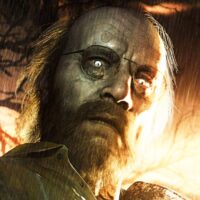 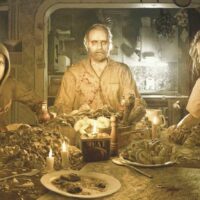