Samus Aran is suiting up to battle horror droids in Metroid Dread, an upcoming science-fiction 3D side-scroller announced at this year’s E3. Longtime Metroid director Yoshio Sakamoto made the big reveal during Nintendo’s Treehouse Live on Tuesday. Originally titled Metroid 5, Dread is the first Metroid platformer to be made entirely in CGI. It’s also the franchise’s first 2D Metroidvania game since 2002’s Metroid Fusion. Previous installments were either remakes of the original or first-person shooters in the style of Halo. The first two games, Metroid and Metroid II: Return of Samus, were rendered in 8-bit against a strictly two-dimensional landscape. Metroid Dread marks both a long-awaited return to form and an impressive attempt at graphically modernizing the series. It’s being marketed by Nintendo as the final leg in Samus’s 35-year journey.

See the Metroid 5 announcement trailer from Nintendo below.

Metroid Dread was a long time coming and gamers have been waiting patiently. The project was originally planned for the Nintendo DS, but suffered enough production delays to qualify into its own version of development hell. The Metroid 5 game was never officially announced, leading fans to speculate it had been canceled. In truth, it was simply postponed.

According to then-lead designer Sakamoto, his concepts for Metroid Dread were considered ahead of its time and impossible to execute using mid-2000s programming technology. Sakamoto envisioned a Metroid platformer with the graphical power and gameplay mechanics of Marvel vs Capcom 3 and newer Castlevania titles. Overall, it took another 15 years for Metroid 5 to transform into Metroid Dread. It’s an entry that both redefines Samus and provides a gripping finale to years of epic struggle. “This is the first new story and new episode for the series in 19 years,” Sakamoto relates on livestream. “The series has chronicled the uncanny relationship between these Metroids and the heroine Samus, but this game will mark an end to that story arc.”

Metroid 5’s title is derived from the growing threat of the E.M.M.I. (or Extraplanetary Multiform Mobile Identifiers) robots, a horde of research droids manufactured by the Galactic Federation. According to a recent news release about the game, Dread “combines the series’ universal theme of exploration with the concept of a looming, terrifying threat” and is meant to evoke “fear and terror.” These robots were sent on a mission to planet ZDR to “extract DNA from unknown creatures.” Samus’s lead-up (which features in-game as a prologue) implies this entity is the X parasite, a former enemy capable of infecting living beings and creating genetic copies of its hosts.

In Metroid 5, Samus Aran is being pursued by these Grudge-like phantoms, implying the bounty hunter is on the run from the same people she once served. Conventional methods do not work on the E.M.M.I. — as they are constructed by never-before-seen composite materials — and Samus is forced to adopt other tactics to elude her new opponents. “Each robot roams within a specific zone,” Sakamoto explains. “And when they sense the sounds Samus makes, they close in. And once it captures Samus on its visual sensor, it starts chasing after Samus at high speed.” A foe Samus can’t fight? Nothing could be more petrifying.

A few of Samus’s new tricks (that were showcased in the trailer) involve triple blasters, upgraded armor, staying still to prevent detection, latching on to magnets, and in some cases, fleeing. Metroid 5 mimics most survival horror in that sneaking past E.M.M.I.s is also an option. “If you can avoid making a sound, the E.M.M.I. won’t notice you,” Sakamoto shares. “You can hide behind objects to avoid being visually recognized. And with her new main defensive move, Samus can use the optical camouflage known as the Phantom Cloak to render herself invisible to the E.M.M.I..” The Spider Magnet, which allows Samus to climb walls using static electricity, is an entirely new feature. The mission lead-up reveals Samus would have to enlist the help of the jellyfish-like Metroids once more to extinguish this new space menace.

Metroid 5 is the second time Nintendo has collaborated with MercurySteam Entertainment for a Metroid game. Their last team-up was 2017’s Metroid: Samus Returns, a Nintendo 3DS remake of the second Metroid, Metroid II: Return of Samus, released on the Game Boy in 1991. Samus Returns is also the last Metroid title to grace shelves. The studio has Sakamoto’s full backing and is described to “have an incredible understanding of Metroid games.” Metroid Dread comes out on the Nintendo Switch on October 8. 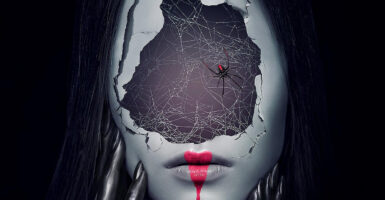 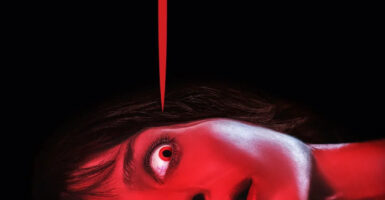