One of America’s favorite funny guys and talk-show hosts, Jimmy Fallon, is no stranger to gaming. He revealed that he likes playing the Zelda series, Uncharted and Watch Dogs on his YouTube channel. In most recent news, the talk-show host joined the ranks of Twitch streamers, having played Among Us in his debut on the live videogame streaming platform.

Jimmy Fallon streamed Among Us for his Twitch debut, alongside several special guests, weeding out the intruder in several rounds of popular deduction multiplayer game. The guest stars on Fallon’s stream included the cast members of Stranger Things, Noah Schnapp and Gaten Matarazzo, streamers Corpse Husband, Sykkuno, and Valkyrie, and Among Us community director Victoria Tran. Members of The Roots, a house band for Fallon’s show, Questlove, Tariq Trotter, and Kirk Douglas also joined the stream. You can catch the replay of Fallon’s stream on his Twitch channel.

Jimmy Fallon’s debut stream features him and his guests on a newly released Airship level in Among Us, a massive map with new tasks, workaround and walkabouts for the crewmates, and an entirely new playground for the imposter. Fallon is the latest personality to join the Among Us craze since the game went viral during the lockdowns, prompting a series of high-profile personalities to stream their gaming sessions. Some of these streams were actually fundraisers for different non-profits, Fallon’s included.

The talk show host, writer, and musician announced that the fans’ donations from his streaming session would go to Feeding America, the nation’s largest hunger-relief organization. His live stream lasted for more than an hour, with more than 125,000 people watching. The viewers’ donations totaled over $17,000, which is considerably shy from the newly initiated streamer’s goal of $25,000. Still, Jimmy Fallon said he’d cover the rest of the donations to reach the said sum.

Jimmy Fallon isn’t the first high-profile person to host a fundraiser Among Us stream session on Twitch. He’s actually preceded by New York Rep. Alexandria Ocasio-Cortez, and her video game streams. The Congresswoman first debuted on Twitch in October 2020, reaching over 430,000 concurrent viewers during a 3½ hour stream, which was quite an impressive feat for a new streamer. She hosted another game of Among Us in November 2020, streaming along with Jagmeet Singh, the Canadian New Democratic Party leader, and Hasan Piker, one of the platform’s top streamers. She managed to raise over $200,000 for eviction defense, food pantries, and community support organizations.

Watching Ocasio-Cortez and Jimmy Fallon playing Among Us, both in their respective streams, was extremely fun. We hope that other celebrities and high-profile personalities will join the streaming trend for fundraising purposes, especially if they’re playing Among Us – a game themed with betrayal, sabotage, and horrible space death. The game does have a learning curve, though, and you can watch professional streamers issue a gentle beating to Fallon and his guests, who didn’t shy from handing out congratulations to more “developed” Among Us players. You can watch the entire event on Fallon’s Twitch channel or parts of it on one of his upcoming The Tonight Show episodes. 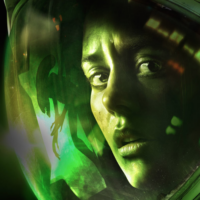 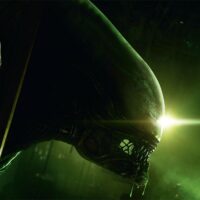 Did The PS5 Or The Xbox Series X Sell More Units?