Ghostrunner Sold Off to 505 Games

The Ghostrunner video game was a highly-anticipated title launched less than a year ago on PC, PS4, Xbox One, and Switch, gaining incredible popularity. It was so well-received by the audience that it recouped its €2.5 million production costs on the day of its launch. Now, the game’s publisher, All In Games, has sold the intellectual property of this cyberpunk action slasher to 505 Games. And they did so for a hefty sum of €5 million ($5.8 million). But the story doesn’t end there.

According to the gamingindustry.biz article, 505 Games competed with All In Games to acquire the Ghostrunner IP even before its launch, but at the time, the co-publishers failed to reach a mutually beneficial agreement. The game launched under two cooperating companies’ banner and turned out to be a huge success, scoring positive reviews among gamers, critics, and review-aggregators.

This prompted 505 Games to make one of those “hard to refuse” offers and bought the IP, along with all licenses and technological solutions connected to the title. The acquisition cost was €5 million and included the Ghostrunner IP and everything related. However, nobody wants to let go of a golden goose, especially if it lays golden eggs. Despite the IP’s acquisition by 505 Games, All In Games will continue to receive its share of the profit generated by the game’s sales – as per the original publishing agreement.

The €5 million will go exclusively to All In Games, which plans to speed up its growth and development and the development of its projects. The company recently released a title called Paradise Lost, which already sold over ten thousand copies within its first few days, quickly becoming the company’s second-largest title. But the studio has a lot on its plate, as their release calendar for this year includes as many as 20 games, including War Mongrels, Chernobylite, Alaloth, several DLCs for the Ghostrunner game, and the next-gen version of the game for the current game consoles.

As for the IP acquisition, well, 505 Games must’ve found some value in it since they paid top-dollar, or in this case euro, for the entire IP. Could it be that the publisher is planning on starting a franchise? Given how well-received Ghostunner is, that might be the step in the right direction for the company. The many fans of the title certainly agree that it [the title] should be franchised.

Since its release in October 2020 for PC, PlayStation 4, and Xbox One, and a delayed-release for Nintendo Switch, Ghostrunner has proven to be a massive hit. The game recouped its production budget on the day of its release and sold over 500.000 copies ever since, with a good chance of hitting one million sales by the end of 2021. The game currently rates 9/10 on Steam, 8/10 on IGN, and 81% on Metacritic.

The PlayStation 5 and Xbox Series X/S versions of the game are announced to release sometime this year. Maybe it will launch along with Halo Infinite? One thing’s for sure, Ghostrunner is an exceptional and addictive video game that’s highly recommended by the gaming community. Make sure to check it out. 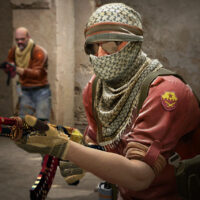 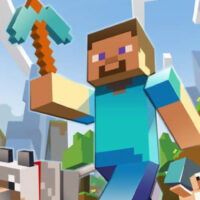 Minecraft Goggles Are Being Sold To The Military