Activision’s Call of Duty: Warzone Season 2 has been going strong for the past couple of weeks now, and while much of the exciting content has already dropped, most of the game’s fandom is teeming with anticipation for the midseason drop. One of those drops is the “facelifted” Rebirth Island map, which should drop sometime next week, though no exact dates have been specified. However, Raven Software was courteous enough to leave us with a teaser image on their official Twitter page, whose contents will probably make much more sense once the map actually arrives.

Players should expect more intel about the reinforcements to come midseason; however, considering that the map drops in a couple of days, only weeks after the start of Call of Duty: Warzone Season 2, we’d say that midseason is upon us. According to ComicBook, players are left to speculate until the news arrives over what exactly has been changed on the Rebirth Island map. Looking over the teaser image, we can see a beautiful ornate handgun equipped with a silencer, an extended mag, and a golden inlay. Classy. All of that is sparkled with a couple of photographs linking to specific areas of the map, a couple of bullets, and gold bullion. Check out what they had to say about it.

It would seem Raven Software and Beenox are trying to point towards the map areas that have been reconstructed, especially considering how every map refresh or update Call of Duty: Warzone brought new points of interest/objectives. Raven promised expensive changes to the map, and as per their post, they kept their promise. According to the game’s developer, something lurks within Rebirth Island’s shadows. Hopefully, it isn’t Krampus again. Nonetheless, the vague description could suggest that the Rebirth Island map might be worked into the ongoing Call of Duty: Vanguard narrative.

The reworked Call of Duty: Warzone map could be equivalent to the Verdansk 84 map because it offers generated building interiors and additional visual changes to the map. This will surely introduce some fresh gameplay elements in otherwise familiar areas of the map, but this is purely speculation at this time. All everyone knows for sure is that an updated version of Rebirth Island is about to be released next week.

The original Rebirth Island map launched in December 2020 as part of Call of Duty: Warzone’s first season of Black Ops Cold War content, but it remained largely unchanged from them. Its Rebirth Reinforced version will be the first major update to the smaller of the two maps currently featured in the game. But, some fans have expressed their concerns about the map’s rework, stating that Activision might actually ruin the map.

Truth be told, Activision is known for ruining good stuff. However, if the new map turns out to be more like Verdansk 84, and less like the divisive Caldera map, the crowds should be satisfied. And if not, many may give up on the game entirely, and play something else until the next Call of Duty: Warzone drops. 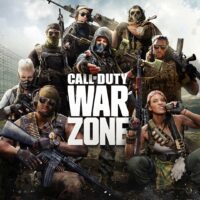