The Destiny gaming universe, starting with 2014’s online-only FPS Destiny, captivates millions of gamers worldwide, thanks to its epic storytelling and mystical iterations of forces of good and evil. Admittedly, the in-universe world is filled with impossibilities grounded in the potential version of reality its developer is known for. And while the franchise has managed to bring in players over the years, new rumors suggest that Bungie is planning an expansion into the mobile gaming market.

According to IGN, Bungie is currently working on the FPS Destiny mobile game that has been in development for over two years. The purported game would be the result of a collaboration with the Chinese NetEase studio — one of the largest Internet and video game companies in the world. In fact, the information was leaked by a NetEase employee on LinkedIn, who said that the company has worked with Bungie to develop an unannounced FPS mobile game. This was further supported by an anonymous industry insider familiar with NetEase development plans.

As the aforementioned reports suggest, the unannounced mobile game won’t be connected with the Destiny 2 gaming title in any way but name, as it’s planned as a standalone release. The initial reports of a Destiny mobile game first appeared in September last year, following several job postings for the project and another job advertisement posting in April this year, both of which saw Bungie looking to employ a mobile platform engineer. Of course, the developer still hasn’t confirmed anything, but the clues are there.

It would appear that Sony’s acquisition of Bungie really kicked things up into higher gear, and pushed the production of Destiny for mobile further, which coincides with Sony’s plans to double its games for mobile by 2025 while pulling the plug on PlayStation 4 entirely. Regardless of Sony’s plans for the game, Bungie is supposedly working on another IP, but the developer hasn’t shared any information regarding the mysterious project. Hopefully, the company’s renewed focus on new titles won’t leave old ones, like Destiny 2 Lightfall behind.

Ultimately, releasing a mobile Destiny game may be a good way to attract new gamers to the Destiny universe, considering that Destiny 2 was released more than five years ago. The only semblance of non-traditional gaming we saw from the title was its short stay on Xbox Cloud Gaming, after which playing Destiny on-the-go, became unavailable — at least officially. A portable Destiny game would allow fans to make adventure wherever they are and at any convenient time.

As previously stated, the in-game world of the portable version wouldn’t be connected to the mainline Destiny games’ content, but it would grant players the possibility to be a part of the Destiny community. In addition, it would also grant Bungie the means to bring in new players to an old franchise, but those gamers would have to wait until more information about the title becomes available. As things currently are, there aren’t any clear indications that Bungie is currently working on a Destiny mobile, apart from the ongoing rumors, which should be ingested with a grain of salt. 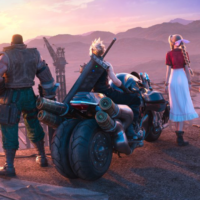