Zack Snyder’s Army Of The Dead 2 Gets Official Title

Planet of the Dead is the next major entry in the Army of the Dead franchise, Zack Snyder tells Inverse’s Dais Johnston on Wednesday. The designated Siegfried of the Justice League director’s Der Ring des Nibelungen (The Ring of the Nibelung in English) of zombie heist movies is officially back in full swing as prequel Army of Thieves hits Netflix tomorrow and production on Army of the Dead: Lost Vegas, a tie-in anime series, begins. The first Army of the Dead starred Dave Bautista (Guardians of the Galaxy) as main character Scott Ward and came out in May.

Zack Snyder met with Johnston recently to discuss the Nordic inspiration for Army of the Dead and the two “standalone” entries he’s worked on. A scholar with a distinct love for the operatic, Snyder modeled his new zombie universe after German composer Richard Wagner’s Ring cycle. That is a four-part Gesamtkunstwerk (or in lay speak, music drama) retelling Germanic heroic legend, Norse myths, and the Nazi Aryanist Nibelungenleid, with his cast-iron ideals on what best constitutes epic storytelling. Planet of the Dead is the third chapter in an ongoing quest to retake society from the reanimated.

As Zack Snyder puts it: “Well, there’s a ton that inspires me in the world. When we were writing Army of the Dead, we had done this deep dive into Norse mythology. At the time, I was actually developing my Norse mythology animated series for Netflix, which I’m working on right now. My friend Adam Forman is a huge Ring cycle fanatic. We just talked it out; there was a time when we were like, ‘We should do our own Ring cycle [in a] Norse mythology movie.’” Like Wagner, who wrote The Ring of the Nibelung in reverse order, Snyder is developing Army of the Dead in fragments. Army of the Dead came first, then Army of Thieves. The prequel was followed by Lost Vegas, only to culminate in the events of Planet of the Dead.

Much like a cinematic multiverse, the first installment in The Ring is a Vorabend (“preliminary evening”) or a prequel; in this case, it’s Das Rheingold. It chronicles the history of a magic ring to end all wars. The dwarf Alberich crafted it from stolen Rhine gold to enslave Nibelungs with, only for Wotan — the king of Asgard — to appropriate and abuse it in the eventual creation of Valhalla. In Army of the Dead, The Rhinegold is Matthias Schweighöfer’s Army of Thieves, a four-heist feature that predates Bly Tanaka’s fool’s errand to retrieve $200 million from his vault in Las Vegas. Ludwig Dieter (Schweighöfer) is the proverbial magic ring to end the zombie apocalypse.

Zack Snyder casually hints at Dieter’s return, having survived his encounter with Zeus long enough to make it to the sequel. “The real adventure would be to see what happened to him when that safe door closed,” he muses. “Did he get killed by Zeus or not? What happened? We don’t see him die on camera, and there’s still some time left. I won’t tell you what happens in Army of the Dead 2 — aka Planet of the Dead — but let’s just say that there’s a chance Dieter survives. And there’s a chance that brush with death would have caused him to want to find a jailed Gwendoline.” The future of Army of the Dead is simple: Dieter is coming back and as Ezra Miller’s Snyderverse Flash would say, he’s the key.

This year’s Army of the Dead is the second stage in the Ring cycle: Die Walküre, or The Valkyrie. In Wagner’s original play, The Valkyrie was a Romantic adaptation of the Völsunga Saga and Poetic Edda. It tells of the incestuous relationship between Völsung twins Sieglinde and Siegfried and the eponymous Valkyrie Brünnhilde’s attempts at safeguarding the couple’s unborn child in direct opposition to her father Wotan’s wishes. Though the details deviate considerably from Wagner’s work, Zack Snyder clearly intended for Scott Ward’s daughter Kate (Ella Purnell) to be the unborn offspring to survive successive threats to her life. It’s a willing sacrifice Dave Bautista’s Ward makes as a proud and happy parent, only for Kate to come into her own in Planet of the Dead.

And while Planet of the Dead is Siegfried — the segment to come after — Snyder is betting all his chips on Army of the Dead: Lost Vegas, the Götterdämmerung (or Twilight of the Gods) of the Watchmen director’s zombie version of The Ring. The anime series is currently in the works and it’s shaping up to be the funeral of all funerals for the unwitting gods and heroes of Zack Snyder’s dystopian epic.

What happens in Planet of the Dead is anyone’s guess at this point. In Wagner’s Der Ring des Nibelungen, Siegfried revolves around the title character’s hero’s journey to one day become the savior of Asgard, as well as his star-crossed romance with Brünnhilde the Valkyrie. With Ludwig Dieter shaping up to become the new lead of the franchise, Planet of the Dead could be anything from Dieter’s rise to the top, to an intimate love story between Alpha Dieter and Gwendoline (Nathalie Emmanuel) from Army of Thieves. It can’t be a coincidence Ludwig Dieter is German, just like Wagner and Siegfried. With two entries in his Ring cycle already hammered out, it goes without saying Zack Snyder’s ultimate Gesamtkunstwerk is only just beginning.

Zack Snyder’s Army of Thieves is a romantic comedy starring director Matthias Schweighöfer as Ludwig Dieter and Nathalie Emmanuel as Gwendoline. It comes out tomorrow, October 29, on Netflix. Army of the Dead: Lost Vegas is still in production. Planet of the Dead is on the way. 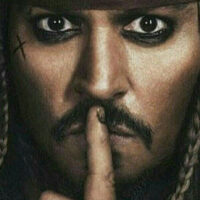