A surprising spinoff film is currently in the works, which is based on a random character that fans might not see coming. Will Smith starred as Genie in the Aladdin live-action reboot by director Guy Ritchie. Now it appears as if another prince from that universe will be getting his time to shine. Billy Magnussen is set to reprise his role as Prince Anders for a film that will premiere on Disney+. For those who might not remember this character, he is the prince that gets horribly shot down by Princess Jasmine in Aladdin.

Prince Anders is the character that is loosely based on Prince Achmed from the original animated film, only Anders wasn’t that much of a jerk. He was simply outdone by the charm from Aladdin. Although Prince Anders seemed to be a nice guy from the made-up land of Skaland, he was also a bit of a bumbling persona. However, it seems as if he is going to be taking center stage for an upcoming spinoff film. It’s an interesting direction for sure, but Disney could be attempting to expand the universe that was created by this Will Smith classic. According to Magnussen, “It’s in development. We are in the stages of rewrites right now, and it’s still moving forward. Yeah, it’s really exciting … I loved making that character up, and to have the opportunity to create a world and a story with him in it has really been a treat.” You can see Prince Anders below:

It sounds as if Billy Magnussen had a bit to do with the character itself, so he could have posed some interesting ways to studio executives about how to make a complete movie about this random character. Jafar does mention that Prince Anders could be a military alliance to Agrabah, so it could be that he may seem like a fool, but he is a strong military man. His accent and the soldiers standing behind him do seem to resemble a sort of Nordic type, so this would make sense that Anders has a strong military background. The character could theoretically find the lamp and break out a genie of his own. Will Smith is likely not to return to his original role though, considering most of Hollywood has shunned the man.

Aladdin became an instant hit for Disney, as the film skyrocketed to over $1 billion in box office numbers. Clearly investing in this universe is a smart idea. Will Smith, Mena Massoud, Naomi Scott, Marwan Kenzari, Navid Negahban, and Billy Magnussen rounded out this cast for this successful reimagining of sorts. A sequel is also currently in the works, though there will be some time before that comes out. For now, fans might see this Prince Anders spinoff dropping far before Aladdin 2. We could see some of the original cast return as well, though it is not likely that all will. Prince Anders could theoretically attempt to attack Agrabah for making him out to be some full. This is just speculation, but it would be great to see more of a war break out that the new prince and princess will have to stop.

Prince Anders was announced in 2019, but difficulties based on the covid restrictions had halted most of the progress moving forward on this film. Now that things have calmed down a bit in the world, this spinoff can get the focus it needs. For now, Billy Magnussen is set to appear in a heist movie called Lift, where he is joined by Vincent D’Onofrio and Paul Anderson.

Will Smith’s Deadshot Solo Movie Has Been Canceled 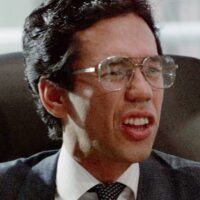