The Wheel of Time has a lot of fantasy competition with the Lord of the Rings and Game of Thrones, and its fate has been decided.

Amazon Prime Video is going all in on high fantasy. Alongside the upcoming billion-dollar budgeted Lord of the Rings: the Rings of Power series, it has greenlit The Wheel of Time series for a season 3. This is well ahead of the premiere of the second season of the streaming television adaptation of Robert Jordan’s immense fantasy novel series; in fact, the second season has not even been announced to have a premiere date, so Amazon must be really sure of things.

The Wheel of Time’s first season premiered on November 19, 2021, and was mostly well-received by critics. It currently holds an 82% on Rotten Tomatoes and its viewership numbers seem to have been strong enough to get a second season. Per Variety, The Wheel of Time season 3 was announced at a San Diego Comic-Con panel presentation, though there were few details other than that. Likely, Amazon Prime Video will try not to pit its own fantasy series against each other; we speculate that The Wheel of Time seasons 2 and 3 will be scheduled to bookend The Lord of the Rings: the Rings of Power. While The Wheel of Time is a beloved series among fantasy fans, it does not have nearly the cultural saturation as the works of JRR Tolkien.

Reportedly, Amazon Executive Chairman is a fan of Robert Jordan’s Wheel of Time series, which probably goes a long way to getting a season 3 approval. It also seems that Bezos has been eager to buoy Amazon Prime Video with a direct competitor to HBO’s Game of Thrones series. The latter show is one of the most popular, acclaimed, and controversial television series of all time, and no doubt it would be quite the feather in Amazon’s cap to match it blow for blow. That is a high bar to cross, but it does seem like the streaming platform is putting the dollars into it to try.

Between the upcoming first season of Lord of the Rings: the Rings of Power (which just released a full-length, very impressive trailer) and The Wheel of Time already having a green light through season 3, there is a very good chance that Amazon Prime Video could be the next big name in high fantasy television adaptations. The biggest competition to those two shows will undoubtedly be HBO Max’s first stab to continue the Game of Thrones brand, the House of the Dragon prequel series. House of the Dragon is scheduled to premiere on August 21 and a number of other Game of Thrones spin-offs are in the works, most notably one focusing on Kit Harington’s character Jon Snow.

The Wheel of Time book series encompasses 14 volumes and a staggering near 4-and-half million words. Author Robert Jordan passed away before the completion of the series, and Brandon Sanderson was enlisted as co-author to finish the work (based on Jordan’s notes). As such, the Amazon Prime Video version of Wheel of Time definitely has enough material for season 2, season 3, and many, many seasons to come. We will just have to see if it can compete with Lord of the Rings and Game of Thrones. 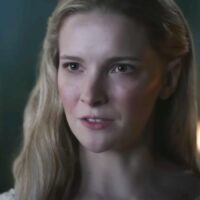