Vin Diesel has made an indelible impression as the voice of Groot, the plant alien that was introduced in Guardians of the Galaxy, and has made a number of appearances in the Marvel Cinematic Universe ever since. After the events of Avengers: Endgame, it looks like Groot will be palling around with Thor in the upcoming Thor: Love and Thunder, but a new scoop has a very interesting twist to his inclusion in this latest Marvel installment.

Insider Daniel Richtman (via We Got This Covered) is reporting that Groot will not only show up in Thor: Love and Thunder, but that “Vin Diesel himself shows up in person in Thor 4 via magic. Groot turns into a human for a bit.” This is an interesting wrinkle to the Groot character and could be a fun little treat for fans. Would it also mean that the actor would be established in the Marvel Cinematic Universe? Could it mean that we could see human Groot show up in other future Marvel Cinematic Universe entries?

We know that Vin Diesel will be returning as Groot in a number of upcoming Marvel Cinematic Universe projects. In addition to Thor: Love and Thunder, he is expected to return in Guardians of the Galaxy Vol. 3 as well as the Disney+ series I Am Groot. It is undeniable that Groot is one of the most beloved and adorable characters in the Marvel Cinematic Universe. It is not surprising to hear that Marvel wants to capitalize on that adorable alien as much as they possibly can.

Heck, it might even be an opportunity for many fans to realize that Vin Diesel even plays the voice of Groot. Most diehard fans obviously know it’s Diesel in the role, but many casual fans might be legitimately surprised to learn that he is the actor behind the loveable little plant alien. And seeing him pop up in human form will assuredly be a surprising little pleasure, especially for the actor as a way to validate his long-term involvement with the character.

From what Richtman’s report has to say, it seems like this would only be a cameo appearance at best. It is unlikely that Vin Diesel would stay in human form as Groot for any extended amount of time. Most likely, it would be the equivalent of when Loki changed into Steve Rogers for a brief moment in Thor: The Dark World. Anything more might seem like overkill. Plus, if it only means a day’s work for Diesel, that is all the more impetus for the actor to show up for an easy day of work and make a fun appearance.

Thor: Love and Thunder is shaping up to be another exciting and provocative entry in the Marvel Cinematic Universe, and the inclusion of a cheery cameo from Vin Diesel – will he only be able to say the famous line “I am Groot” or is he going to be a totally new character? – will certainly fit in with the kind of comical irreverence that director Taiki Waititi brought to the last Thor film. Here’s hoping the scoop is true and we can look forward to seeing human Groot. 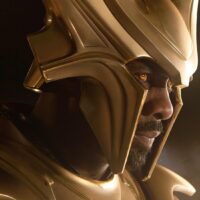