Tom Hanks has never been one to court controversy. That is not to say that he always plays it safe with his career choices; after all, taking a year off at the height of your career to lose fifty pounds and grow a ZZ Top beard for Cast Away and being transformed into a terrifying Christmas version of yourself are both risky moves. For the majority of his career, portraying a gay man dying of AIDS in Philadelphia was his most controversial move, but he also ended up winning an Academy Award and the movie grossed over $200 million (in 1993 dollars, no less). Tom Hanks ventured into much more controversial and much less reputable waters when he starred in 2006’s The Da Vinci Code. Ron Howard’s adaptation of Dan Brown’s equally controversial book is streaming on HBO Max, where it is currently one of the top ten most-watched movies on the platform.

The Da Vince Code opens in the shadow galleries of the Louvre Museum in Paris, where curator Jacques Saunière (legendary French actor ​​Jean-Pierre Marielle) is pursued by a shadow figure revealed to be an albino monk (a pre-MCU Paul Bettany getting used to full body makeup), who demands the location of a “keystone” and then shoots him. In his dying moments, Saunière contorts himself into the shape of Leonardo Da Vinci’s Vitruvian Man and draws a pentacle on his chest in his own blood. Cue Tom Hanks as Robert Langdon, a Harvard University Professor of symbology, introduced giving a lecture on how symbols can be interpreted by differently by different cultures.

Clearly, The Da Vinci Code is not going for subtlety. To be fair, this is not a decision from either Ron Howard or Tom Hanks; the source novel by Dan Brown was a massive, immediate hit (only outsold by Harry Potter in 2003) in large part due to its irresistible combination of pseudo-history, conspiracy theory, and salacious violence. This is a movie where a monk commits multiple killings in the name of God and then graphically flagellates himself, and then goes on to accuse the Catholic Church of the biggest cover-up and mass murder in history.

The actual plot of The Da Vinci Code has been well examined at this point, but to put it simply, concerns a conspiracy theory that the Christian legend of the Holy Grail does not refer to a literal cup holding Jesus Christ’s blood, but to Mary Magdalene bearing his child (ie, carrying his bloodline) and that living descendants of Christ exist. Furthermore, it alleges the Catholic Church is aware of this and that various atrocities throughout history have been its attempt to both conceal and root out any living descendants, so as not to challenge the primacy of the church. Tom Hanks figures this out because he’s good at symbols. It should be noted that the field of “symbology” is not a real thing and pretty much the entirety of the claims of the book has been debunked and subject to multiple lawsuits for plagiarism.

The film version of The Da Vinci Code presents this information in the simplest way possible: as a video game. Although the movie could be described as a mystery thriller, it more resembles a game in which Tom Hanks and his co-star Audrey Tautou look for a hidden object, find it, then graduate to a new level with a new item to find. Each step of the journey includes a brief pause (or cut-scene, if you will) in which the significance of the item is explained, and how Tom Hanks needs to find the next piece of the puzzle.

Tom Hanks and Audrey Tautou are supported by an astonishingly talented qualified cast, including Ian McKellen as a sardonic Grail expert, Jean Reno as a French police captain, Alfred Molina as a bishop, and Jürgen Prochnow as a bank manager. Everyone in the film appears to be doing their level best, but it could not have been easy with material that requires people to discover world-changing revelations and respond basically with “huh, I never thought of that.”

Despite that, the movie was an enormous success, which says a lot about the compelling power of a conspiracy theory and everyone’s desire to be the one in on the secret of the universe. The Da Vinci Code grossed $760 million worldwide, making it the single highest-grossing film of Tom Hanks’ career. It also has a dismal 25% on Rotten Tomatoes and was banned in a number of countries for its content, which was perceived as heretical. The Vatican itself called for a boycott on the film (that did not hurt it at the box office, clearly), while Opus Dei (which is depicted as having a secret, murderous organization embedded in it) suggested the film have a disclaimer noting it as a work of fiction. But as ever, not even that could slow Tom Hanks down, who would go on to portray Robert Langdon in two more highly successful sequels. Now, that should be the controversy. 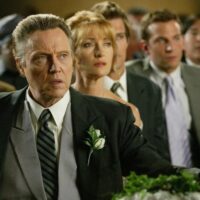 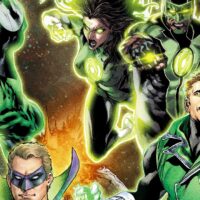 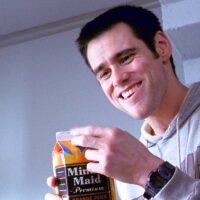 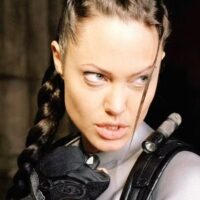