Did you think something as trivial as a 17-year prison sentence for falsifying wildlife records, violating the Endangered Species Act, and trying to hire someone to murder Carole Baskin could keep Joe Exotic — the self-professed “Tiger King” — down for the count? Oh no, all you cats and kittens. Joe Exotic and his hair are on their way back for Tiger King Season 2, and the new episodes will be dropping sooner than you may have expected.

Netflix’s original docu-series Tiger King: Murder, Madness, and Mayhem captured the world’s attention when it premiered in March 2020 — at just the right time for COVID-19 to keep audiences in their homes and desperate for new stuff to watch. Considering what a resounding success the first season was, there’s no surprise Netflix would want a Tiger King Season 2, but there were some obvious questions about how, considering its main subject is in federal prison. Regardless, as Digital Spy reported, last month Netflix let subscribers know to expect updates “soon,” and this morning the streaming service’s official Twitter account dropped a huge announcement — that Tiger King 2 will arrive by the end of 2021. You can see the announcement below.

As to whether or not Joe Exotic will return for Tiger King Season 2, the tweet’s image answers that question pretty directly. While his face is obscured by the title Tiger King 2, the former tiger breeder is unmistakable, presumably behind the glass of a prison’s visiting booth.

Netflix coordinated the tweet to coincide with the release of a trailer for their True Crime slate, with Tiger King Season 2 as the obvious lynchpin. While the trailer only shows a few shots from each of the upcoming docs, what we see from Tiger King 2 is at least a little revealing. Among other things there’s a shot of Joe Exotic’s former business partner Jeff Lowe seeming to be talking to someone angrily on the phone, and more surprisingly we get a shot of the woman Joe Exotic worked so hard to make his nemesis — Carole Baskin. You can watch the trailer below.

Baskin’s appearance in Tiger King season 2 is particularly interesting considering her reactions to the inaugural season of the docu-series have been consistently negative. On many occasions — including in an FAQ on her Big Cat Rescue website — Baskin claimed she was misled into believing Tiger King would be the big cat version of the 2013 documentary Blackfish which exposes animal abuse in Sea World, and that Joe Exotic would appear on briefly. In February, Baskin told Radio Times she was contacted by producer Rebecca Chaiklin about appearing in Tiger King 2, and that she invited Chaiklin to lose her number. However, an August 2020 story in The Sun claimed Baskin was asking for £1 million — approximately $1.4 million — to return for a follow-up.

While fans of the original series may be excited for the news of Tiger King Season 2, they may be equally disappointed at the early death of another series. In one of the most perfect casting choices of this or any other millennium, Nicolas Cage was set to play Joe Exotic in a series that would have been produced by Amazon. But in July we learned the project had been cancelled because the studio deemed the subject matter “no longer relevant.” By the end of this year, we’ll see if Tiger King 2 makes Amazon regret that decision. 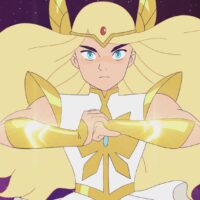