The Crown Set Robbed During Production For Over $200K In Props

In news that sounds like it was ripped right out of the plot of Octopussy, The Crown just suffered a production setback. After halting production in December following the positive testing of eight crew members with COVID-19, the cast and crew are once again left scrambling, and this time it’s due to theft of “The Crown” jewels. Yes, you heard that right; Netflix released the news stating that over $200k in props were stolen from the UK set.

The Crown is quite royally screwed this time. In the overnight raid near the set in Doncaster, England, $200 thousand worth of gemstones, silverware and antiques were reported taken. One of the hijacked props was a replica of a rare Fabergé egg that belonged to Queen Elizabeth II’s grandfather, George V, in 1993. Other various items like candelabras, jewelry, a grandfather clock, and a birdcage were also among the pilfered goods.

Netflix has been working vigorously with the South Yorkshire police to investigate the heist, which occurred when three vehicles were broken into in a lorry park in Mexborough in Yorkshire as a crew was filming nearby. A spokesperson for the South Yorkshire police told Variety: “Police were called at 4.30pm on Wednesday 16 February following a report of theft from vehicles at Pastures Road, Doncaster. It is reported that three vehicles containing props used in film and TV were broken into and a number of items taken. Officers investigated the incident but all existing lines of enquiry have now been exhausted. The case has been filed pending any new lines of enquiry.” Netflix has also issued a plea in an effort to recover the items. In the statement, Netflix and The Crown’s production set gave a description of some of the stolen goods. They include:

The Crown and Netflix remain adamant that the robbery will not affect production, however, one source told the New York Post that the heist couldn’t have come at a more “frustrating” time. The source also claimed that producers are frantically trying to find replacements, but given so many were unique, they said: “it won’t be easy.” Furthermore, The Crowns’s set director told the Antique Traders Gazette that the 350 stolen prop items were not in the best condition, therefore making their value for resale significantly lower than the thieves might expect. However, they did signify the setback the fiasco has caused, as the spokeswoman said they were “valuable” pieces of the UK film industry.

The Crown is the historical drama streaming television series that first aired on Netflix in November of 2016. With four seasons in, the multi-award-winning show is currently filming with a release date coming later this year to the streaming giant. The highly acclaimed drama has been praised for its ensemble cast that features coveted performances by Claire Foy, Matt Smith, Vanessa Kirby, Olivia Colman, Jonathan Pryce, and countless more. On Rotten Tomatoes, the period drama holds an impressive critic score of 90% with a fan average sitting close above at 91%.

As Netflix plays detective hunting down The Crown jewels, the show must go on, and production is expected to continue. When the fifth season premiers later this year, the ten episodic season will take place between 1990 and 1997. It will feature a new cast once again taking over the coveted roles of the United Kingdoms’ royal family. Dominic West is taking over playing Prince Charles while Elizabeth Debicki will be brought in to play an older version of Princess Diana. Similarly, Imelda Staunton is set to portray an aging Queen Elizabeth II. Jonathan Pryce will play Prince Philip and Lesley Manville will play Princess Margaret. 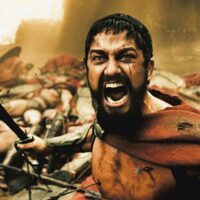