Long confined to just sets of trilogy movies and animated series, Star Wars is seeing a massive growth stage right now with a number of new offerings coming down the pike on both the big screen and Disney+. One of those will be The Acolyte, a series set in a different timeline than some of the other major franchise productions. And with things starting to ramp up on the series, they have just cast an actress in the lead. Deadline is reporting that Amandla Stenberg has come on board in an undisclosed role, though the word is that she will lead this new show.

This will be the biggest role for Amandla Stenberg yet. The actress first came on the scene when she played the beautifully tragic character of Rue in The Hunger Games. Stenberg went on to have acclaimed roles in Sleepy Hollow, Everything, Everything, and ultimately the critically-acclaimed The Hate U Give. The latter role had her starring in a difficult story about competing socio-economic worlds with racism at the forefront. It earned her considerable and deserving claim for how she played the part of Starr Carter in the flick.

As far as The Acolyte is concerned, it’s unclear how Amanda Sternberg’s character will take shape in this new series. The story is set to follow a different timeline than other live-action Star Wars productions. The series will take place at the end of the High Republic Era which is roughly two centuries before the events of the original Star Wars trilogy of films. While details are light, it looks like this story will begin to tell about the formation of the current Star Wars universe while also exploring elements of the Dark Side which is rising to power.

The Acolyte is being developed by Leslye Headland of Russian Doll fame. Based on her background, this new series could have a comedic vein to it, though that isn’t totally clear. By the description, it doesn’t seem, at least thematically, like a dark story about the end of the High Republic and the rise of the Dark Side would be ripe for a ton of laughs. But stranger things have happened in the Star Wars franchise before, and there’s always been room for a bit of silliness even in the most harrowing of stories. Additionally, there is said to be a martial arts influence in this series as well, meaning we could be looking at an action-packed production that gives us a new window in the history of the Star Wars universe.

With the addition of Amandla Stenberg to the cast and filming set to start sometime in the spring of next year. That means it’s likely this is just the first announcement of many for the new series. Expect more casting news to come in short order. The Acolyte will be just another major series headed to Disney+ that joins The Mandalorian on the streamer. We are soon going to get The Book of Boba Fett as a limited series releasing on December 29th. Then there will be Obi-Wan Kenobi, Andor, and Ahsoka coming as well. 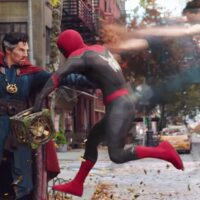