Superman Will No Longer Fight For The American Way, New Catchphrase Revealed

DC Comics is making a big statement by announcing that Superman will no longer use his iconic motto that states he stands for “Truth, Justice and the American Way.” Instead, DC Chief Creative Officer and Publisher Jim Lee confirmed at DC FanDome last week that Clark Kent will officially drop “The American Way” across comics, film, TV, video games and more. The mainstream Superman of the DC Multiverse will now fight for “Truth, Justice and a Better Tomorrow.”

The move, Lee states in his announcement, is not a rebuke of the incredibly nebulous and often misunderstood concept of “The American Way,” which can mean something incredibly optimistic or woefully negative depending on who you are. Instead, it’s a move that the publisher hopes will better reflect Superman’s impact as a global figure rather than a national one. It also hopes to help usher in a new age in which more international stories are told with the hero at the forefront.

While many were quick to criticize the move and rebuke Dc Comics as being anti-patriotic, Variety notes that this is far from the first time that “The American Way” has been dropped from Superman’s motto over the years. In fact, it wasn’t even his original motto. When Action Comics debuted in the 1930s, Superman didn’t really have a motto. The “American Way” stuff actually originated in the 1940s radio plays as a way to cheer on American military efforts in World War II. It was then revived in the 1950s on the TV show “Adventures of Superman” at the height of the Cold War and McCarthyism paranoia. The motto actually shifted in the 1960s to be “Truth, Justice and Freedom” and no one seemed to notice. In fact, the outlet notes that the only reason the “American Way” motto really caught on the way it did was that it was brought back for nostalgia’s sake in the immensely popular 1978 movie starring Christopher Reeve.

Since then, modern adaptations of Superman stories like Lois & Clark and Superman Returns have gone out of their way to avoid going overly patriotic with Superman’s motto. Meanwhile, the most recent adaptation, Zack Snyder’s Man of Steel in 2013, didn’t even broach the subject other than to note that Henry Cavill’s Superman is from Kansas and considers himself an American.

In the comics, meanwhile, Superman previously renounced his U.S. citizenship in a controversial move back in 2011. At the time, the character was going through a bit of an identity crisis and resented the fact that every action he made as a superhero was considered an extension of U.S. policy. It makes sense, while his home is in the United States, other countries would view any foreign action taken by the hero as an act of war coming straight from Kansas. These are themes that other stories with Superman-like characters such as Watchmen and The Boys have dealt with in the past. Even the Man of Steel sequel, Batman v. Superman: Dawn of Justice, plays with similar themes.

Patriotism aside, the fact of the matter is that giving a character like Superman a mission statement that makes him so thoroughly a tool of the United States creates a problem when it comes to writing him outside of the borders of the United States. Now that DC Comics is looking to branch out as the world around us shrinks with each passing day, Superman can now be a symbol for the world rather than just one small corner of it. 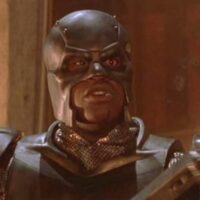