By Doug Norrie | 52 seconds ago

Could we finally be getting a standalone series for a very popular Star Wars character? It looks like it is in the works now with Disney interested in bringing a Force Awakens star back into the mix for his own show. We Got This Covered has it that Disney and LucasFilms are in discussions around giving John Boyega’s Finn a television series. This would be a major move for the franchise who gave the character something of the short shrift in the final two movies of the sequel trilogy.

This is very much just a rumor at this point and quite a bit would have to happen to even get John Boyega back on board. For starters, the actor has been incredibly critical in the past about how Stars Wars folks handled his character, even bringing race into the mix. In an interview with GQ back in 2020, Boyega had said that non-white characters were “pushed to the side” in favor of other stars in the franchise.

Additionally, back in 2019, Boyega had also gone on the record about his appetite for having a series around the character. Basically, he wasn’t hungry for it. In an interview with Variety, he was asked about the possibility of making a series. This was around the time The Mandalorian was gaining in popularity and the viability of more Star Wars-themed programs was growing. John Boyega, somewhat tongue-in-cheek said, “You ain’t going to Disney Plus me!” a reference to not wanting to go directly on to the streamer.

Now, years later, things have definitely changed. The Star Wars universe is in massive growth mode and the series orders on Disney+ have some big projects in the works. Of course, The Mandalorian started a new wave of content for the franchise and soon we will be getting other series like The Book of Boba Fett, Ahsoka Tona, Obi-Wan Kenobi a series around Hayden Christensen’s Darth Vader, and much, much more. It is a great time to be involved with the Star Wars universe.

Could this be enough to sway John Boyega from pivoting his previous opinions about where things left off for his Finn after The Rise of Skywalker? It is certainly a possibility. He had legit gripes after how the last two movies played out. He was given essentially a meaningless side mission in the second movie and then was barely part of the mix in the final one. Was part of it the mechanics of the story? Probably. There wasn’t likely some kind of purposeful sidelining of his character. But one can see why he wouldn’t be excited to get back into things. That being said, there has been word that he and Star Wars chief Kathleen Kennedy have made amends and there might be less ill will now.

And according to We Got This Covered, this new Star Wars project could be a pivot from the J.D. Dillard and Matt Owens movie that had been in the works. This is looking like it will become a series instead and they are aiming at John Boyega’s Finn as the lead. Certainly, more news is on the way around this one and it would be great to get an expanded story about the character who is one of the most unique the Star Wars franchise has to offer.

Sylvester Stallone Gets A King Shark Trailer For Shark Week 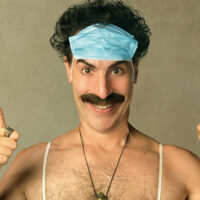 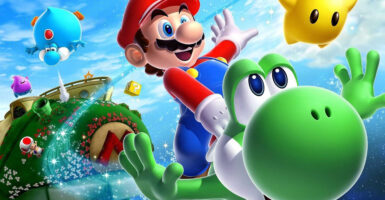 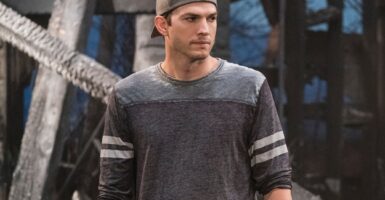