John Boyega may not be done in the Star Wars universe, after all, thanks to Disney’s seemingly insatiable appetite for spinoff series. According to a new rumor from The Hashtag Show, a recently-revealed film project may have morphed over time into a series that would bring John Boyega’s Stormtrooper-turned-rebel character, Finn, back into the fold. This time, however, it would finally tackle his origin story and detail how an otherwise good guy became a member of the First Order.

The Hollywood Reporter revealed in February of 2021 that J.D. Dillard, best known as the writer and director behind the science fiction thriller Slight, as well as Matt Owens, who previously wrote the Marvel series Luke Cage and Agents of S.H.I.E.L.D, were tapped by Lucasfilm to develop a Star Wars project. At the time, it was unclear if Disney and Lucasfilm wanted the duo to do something for the big screen or the small screen. However, according to the new rumor, it seems that they’ve settled on a series that will see the return of John Boyega’s Star Wars character who helped usher in a completely new generation of young fans as the lead of The Force Awakens.

If those who saw the following two movies, The Last Jedi and The Return of Skywalker, balked at the use of the term “lead” in The Force Awakens to describe John Boyega, they’re not alone — and it might be the reason that only the actor’s character returns. It’s no secret that Finn was sidelined as the movies refocused their narrative on Daisy Ridley’s Rey and Adam Driver’s Kylo Ren. While fans can talk about the wisdom behind that decision as well as its effectiveness in practice until they’re blue in the face, the fact of the matter is that Finn was sidelined in what was shaping up to be his very own franchise.

John Boyega said as much in a September 2020 interview with GQ UK. After he’d fully wrapped his role in the franchise, he criticized Disney for touting his character as a Black lead in the Star Wars franchise only to sideline him once it had milked the cultural marketing it could from his presence. He also spoke out in support of his fellow cast members of color, Naomi Ackie, Kelly Marie Tran, and Oscar Isaac, who he feels were sidelined as well in favor of a confusing plot between Rey and Kylo Ren.

As a result of his criticism, it’s unclear if John Boyega would want to return to the franchise or if The Mouse House will even have him — after all, they’ve got enough stars bad-mouthing them at the moment.

However, there are a few grains of hope for a Finn resurgence. John Boyega previously said in an interview that he would be open to returning as his Star Wars character provided that J.J. Abrams and Kathleen Kennedy were involved. While J.D. Dillard and Matt Owens simply aren’t Abrams and Kennedy, there’s one other thing that the actor has said could draw him back to the franchise.

John Boyega told Yahoo in October of 2020 that he would be open to perhaps voicing an animated role in a storyline of Finn’s that was scrapped in The Last Jedi. It was revealed that Colin Trevorrow planned to present a storyline titled Duel of the Fates that would have seen Finn lead an uprising of forcibly conscripted former Stormtroopers like himself in a class uprising that would help take the First Order’s galactic capital planet, Coruscant. Concept art was even released of the plotline that puts him front-and-center in a climax to his story that simply never came to be once J.J. Abrams returned to the helm for the ninth and final installment in the Skywalker Saga.

It’s unclear if John Boyega or Finn will return to the ever-growing Star Wars universe taking shape on Disney+. However, one thing is for sure — both have unfinished business in the franchise. 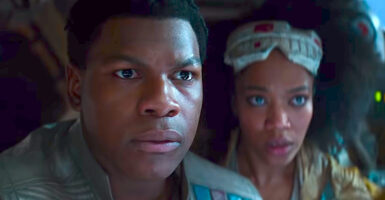 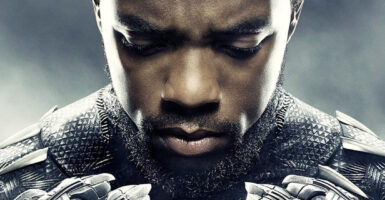 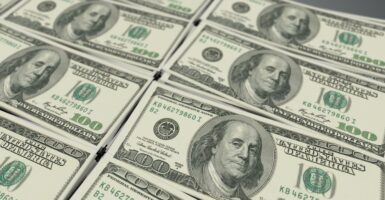 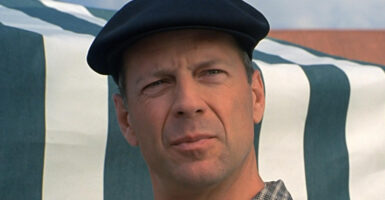