The newest episode of Star Trek: Lower Decks reveals that Ensign Rutherford's memory has been altered by a clandestine Starfleet group.

Star Trek‘s Ensign Rutherford (voiced by Eugene Cordero) may be a Section 31 agent and not even know it. At least, his possible association with Starfleet’s most infamous group was strongly hinted at in the newest episode of Star Trek: Lower Decks. In this week’s episode, “Reflections,” the cybernetic ensign has a lot of surprising revelations about his past, including a secret surgery he underwent at some point.

In “Reflections,” Rutherford’s cybernetic implant is acting up and giving him horrible nightmares, so Tendi (voiced by Noël Wells) sees if clearing his memory cache will help. Instead, another personality–kind of a younger, ruder, jerk version of Rutherford–emerges. Luckily Tendi and Lieutenant Shaxs (voiced by Fred Tatasciore) notice something’s up and the latter knocks Rutherford into unconsciousness where he confronts his younger self in his “mindscape.”

During his back and forth with his younger self, we learn that some of the memories he’s lost include a time when he used to design ships for illegal races in the Romulan Neutral Zone. The older and younger Rutherfords embark on a virtual race in their shared mind to decide which one gets to be dominant, with the older and friendlier Rutherford winning. But before he wakes up, the Star Trek hero has a vision of three people–their faces hidden by shadow, though at least one is wearing a Starfleet badge–discussing his memory in much the same way we would expect Section 31 operatives to speak.

The episode ends without Rutherford figuring out what Starfleet officer was there overseeing his procedure, but it seems likely we’ll be hearing more about how the engineer lost his memory somewhere down the road. Fittingly, we know the crew of the Cerritos will be visiting Deep Space Nine at some point this season, and it was Star Trek: Deep Space Nine that introduced the clandestine Section 31. The group has since shown up all over the franchise, including in Enterprise, Discovery, and even the 2013 Kelvin Time film Star Trek Into Darkness.

Of course, Star Trek: Lower Decks could be messing around with its obvious Section 31 hints. With the show’s focus on humor and its irreverent tone, it’s just as likely–if not way more likely–that the writers are teasing fans with Section 31 but will instead unveil some parody version of the group.

Of course, if it turns out Rutherford is a member of the group, he won’t be the first regular Star Trek character to be later unveiled as a Section 31 agent. Star Trek: Enterprise fans found out Lt. Malcolm Reed (Dominic Keating) had been a member and was still in contact with the group later in the series.

There’s a potential Star Trek series on the way focusing on Section 31 that would be led by Michelle Yeoh (Everrything Everywhere All at Once), in which she would reprise her role as the Mirror Universe version of Philippa Georgiou. Little news has surfaced about the series in the past year or so, though it could be one of the Trek series that have been confirmed to be in development. 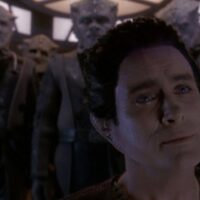 A Star Trek Dominion Race Just Returned With A Vengeance 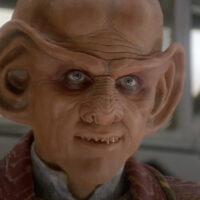 Quark Just Returned To Star Trek, See Him In Action