The Cannes Market is officially open, with many films and television shows being shopped around for studios to pick up and being announced. One of the most shocking announcements that have entered the market is none other than the sequel to arguably one of the best rock mockumentaries ever made. Yes, that’s right, Spinal Tap 2 is happening. The long-awaited sequel to This is Spinal Tap. It has also been announced that Rob Reiner, Michael McKean, Harry Shearer, and Christopher Guest will all be reuniting for this sequel.

The original film is to be screened at the Cannes Film Festival on May 18th, and it was that announcement that was coupled with the shocker that Spinal Tap 2 was being conceived. Reiner, McKean, Shearer, and Guest will all be working together to write the film. There will be plenty of musicians that are likely to be brought on to write songs for this sequel, much like the original had been done. The musicians who had written songs from the film like “Smell the Glove”, “Hell Hole”, “Big Bottom”, and “Lick My Love Pump” began to tour as the fictional band Spinal Tap, though that has not happened in some time. The goal right now is for the film to make its debut on March 19, 2024.

The original This Is Spinal Tap film became such a hit amongst audiences that it is now in the National Film Registry and was labeled as “culturally, historically, and aesthetically significant” by the Library of Congress. This was Rob Reiner’s directorial debut, and initially, the film was met with a lot of questions. People didn’t quite get what the man set out to accomplish until much later in the film’s life. The fact that someone made a film about a band that no one had heard of was perplexing, but now it is lauded as one of the best satirical films ever made. Now, on the 40th anniversary of the film’s release, we are going to be treated to Spinal Tap 2. Hopefully, that same level of magic can be captured in the sequel.

Spinal Tap 2 took so long to be made because director Rob Reiner felt that there wasn’t the right idea that came along, until right now. Reuniting the cast of the film is going to be hilarious as well because now audiences will get to see the band in their later years, likely tired of rocking for so long. The fact that Reiner claims the band was upset with how they were portrayed in the first film while calling it a “hatchet job” makes it all clear that the humor and ego of Spina Tap have never left. This is going to be a fun one.

Spinal Tap 2 will be debuting in theaters on March 19, 2024. For anyone who has not seen this masterpiece, go watch it when you can. Especially for those who have been fans of biopics that have come out in recent years. But remember, this one was a complete farce. A good farce, at that. Get your fingerless gloves ready. 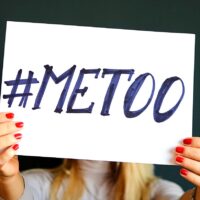