The trailer for the Weird: The Al Yankovic biopic has finally dropped, and it’s as ridiculous as everyone thought it would be. Daniel Radcliffe is taking on the titular role of Al Yankovic, in a story that might be as crazy as the fake trailer that once came out on Funny or Die. From the trailer alone, it seems the jokes are going to be as exaggerated as possible. From Radcliffe appearing shirtless and quite muscular, to massive amounts of accordions, and what appears to be some sort of martial arts fight happening. We didn’t expect anything less. Check out the trailer below:

Weird: The Al Yankovic Story is meant to portray the life of Weird Al, albeit with some quite ridiculous notions attached. He is one of the most famous parody singers in the world, but there seems to be a deep rockstar facade happening in the trailer. Complete with Daniel Radcliffe drinking whiskey while shirtless on stage. That is certainly something that Weird Al might have done at one point, but then the trailer gets that much weirder, literally. There is a brief moment where Weird Al is fighting someone in what appears to be a kitchen. He is using a towel and it looks as if it deals with martial arts of some kind. Evan Rachel Wood will appear as Madonna, with Rainn Wilson taking on the role of Dr. Demento.

As mentioned above, Funny or Die had initially created a fake trailer for the Weird Al biopic that sent everyone laughing hysterically. It starred Aaron Paul in the titular role and painted Al as some battle-hardened rockstar. Olivia Wilde as Madonna, Gary Cole, Mary Steenburgen, and Patton Oswalt as Dr. Demento are among the high-level talent that was part of the fake trailer for this biopic. Also, the man behind the fake biopic is also now directing the real biopic, Eric Appel. You can see this trailer below:

It’s hilarious enough that Daniel Radcliffe was tapped to portray Weird Al, but now what was meant to be a hilarious sketch is now being formed into a full-fledged movie. This is not out of the norm, as plenty of Saturday Night Live characters got their chance to be in full features. Mike Myers created Wayne’s World, Chris Kattan, and Will Ferrel as The Boutabi Brothers in A Night at the Roxbury. Now Weird Al is getting his own feature. Will Ferrel is one of the founders of Funny or Die.

Weird: The Al Yankovic Story was made by the Roku Channel, and it will be exclusively streamed on that platform. The film is currently in the post-production stages, so we may see the film sometime at the end of the year. The above trailer is only a teaser, so a more ridiculous full-length trailer might also be on its way, which could bring in more ridiculous moments. Whatever happens, it seems as if we are going to get a ton more accordions thrown in our direction in the near future. Daniel Radcliffe truly fits the bill for this role. 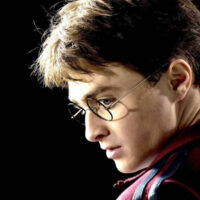 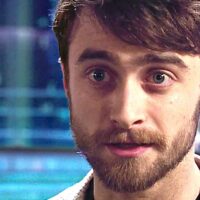 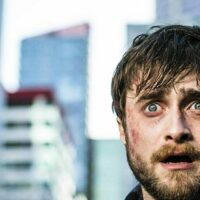