June is Pride Month and with it, a Marvel character will be coming out as gay in an upcoming issue of a comic book. That’s going to be Felicia Hardy’s Black Cat who has been at times a major antagonist for Spider-Man but also a love interest and ally as well. According to Bleeding Cool, Black Cat #7, which comes out this Wednesday, will see Hardy enter a relationship with Odessa Drake. It’s a very cool turn for the character who’s been in and out of Spider-Man’s life over the years.

This change for the character of Black Cat is apparently part of a larger storyline in that comic book series. Felicia Hardy is a member of the group the Thieves Guild, a network of criminals that rose to prominence in the early part of the 20th Century. Odessa Drake is the leader of the New York faction of the group and has been at odds with Spider-Man for some time. In this storyline, though Black Cat is a member of the guild, she helped save Spider-Man when she alerted him of the group’s plan to have him killed. That being said, it still looks like her alter ego Felicia Hardy will become romantically involved with Drake.

It will be interesting to see if this is something that happens on the big or small screen when Black Cat eventually makes her way back there. As of right now, there are no immediate plans to bring Black Cat into a movie or television series, but in this era of proliferated superhero and antihero content, it probably won’t be all that long. And considering Sony has made an effort to build an entire universe of villains around Spider-Man, that would be a logical landing place. They already have Venom coming out with a sequel, Morbius on the way, and Kraven the Hunter being greenlit with Aaron Taylor-Johnson cast in the lead.

The last time we saw Black Cat on the big screen, Felicia Hardy was a part of Amazing Spider-Man 2 with Felicity Jones in the part. She only had a small role in the film, working at Oscorp as Harry’s assistant. But this was a carefully placed cameo, meant to be the stepping stone for the character in that universe. There were a number of different plans to incorporate Black Cat in future stories but then the franchise took a major (canceled) turn when Sony agreed to let the Marvel Cinematic Universe use the Spider-Man character. That shifted everything and halted any plans for Black Cat plans.

There is some chance we see Black Cat in a television series at some point with the original plan around having her and Silver Sable teaming up for a production. Where this lands in relation to the rest of the Spider-Man franchises, with the proverbial web growing thicker and more confusing by the day, remains to be seen. She’s too good a character to leave on the sidelines for all that long and these days studios leave no property unturned when it comes to new content.

For now, we’ll have to just prepare for Spider-Man: No Way Home which continues to line up as one of the most-anticipated films in some time. It will bring characters from all different iterations of the franchise, and put the web-slinger to the test. Black Cat won’t be making an appearance here, but now we know her character is a little less likely to be romantically involved with Spider-Man going forward. 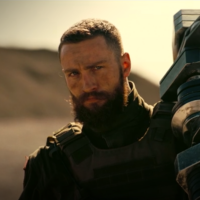