How would that have worked?

Comedy writer and producer Jessica Gao is the creator and head writer of She-Hulk: Attorney at Law, and apparently she’s been wanting to bring the green-skinned beauty to the Marvel Cinematic Universe for a while now. A producer and writer on Rick & Morty, Gao recently revealed that she originally wanted to introduce She-Hulk not in a Disney+ series, but in a film. Specifically, she wanted the world to meet She-Hulk in Black Widow.

“The first thing I ever pitched on was for the Black Widow movie, and I actually had She-Hulk in my pitch,” Gao told Variety in an interview the site published on Tuesday. “She was my favorite character from the comics, and I just wanted to see her in the MCU. At one point, I think it was [Marvel executive] Brad Winderbaum who said, ‘It kind of feels like you’re pitching us She-Hulk movie with Black Widow in it.’” Gao admitted she was “guilty as charged.”

It’s difficult to imagine where in Cate Shortland’s Black Widow that a character like She-Hulk could have fit, particularly if you assume her origin story would need to be portrayed. It seems in most likelihood that Gao pitched a story completely different from the espionage tale we got in last year’s Black Widow. Considering Jennifer Walters’s profession, perhaps Gao’s story would have had a stronger focus on Natasha Romanoff’s (Scarlett Johansson) legal troubles after 2016’s Captain America: Civil War. Or perhaps instead the connection between the two would’ve simply been Mark Ruffalo‘s Bruce Banner, who Romanoff shared a teasing romance with in 2015’s Avengers: Age of Ultron.

Whatever Jessica Gao had planned with her version of Black Widow, She-Hulk fans should feel pretty good with what else the writer had to say about She-Hulk: Attorney at Law. Among other things, she told the outlet that as far as the source material goes, her biggest inspiration was John Byrne‘s Sensational She-Hulk comic. A penciler on Uncanny X-Men during perhaps its most important era–helping create memorable stories like “The Dark Phoenix Saga” and “Days of Future Past” among others–as well as writing and drawing a fan-favorite run of Fantastic Four, John Byrne helped create some of the best Marvel Comics of the eighties, and his Sensational She-Hulk helped set the tone for the nineties. Sensational She-Hulk #1 hit comic racks in 1989, featuring a funny and sexy hero who regularly broke the fourth wall long before Deadpool took up the practice. In fact, Byrne opened the series by having the eponymous hero threaten readers’ collections of X-Men if they didn’t buy her comic.

Speaking of breaking the fourth wall, Jessica Gao said at first while making the show, they had She-Hulk directly addressing the audience way too much. “I love fourth-wall breaking, and if I had my druthers, it would just be nonstop — and it really was kind of nonstop in the early phases,” Gao told Variety. “It was so much that Marvel was like, ‘OK, calm down, this is too much. She can’t just be talking to the audience the entire time.'” You can judge for yourself if there’s too much wall smashing when She-Hulk: Attorney at Law premieres Thursday morning on Disney+. 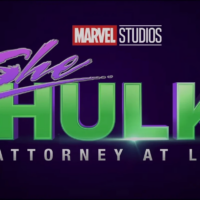 She-Hulk Star Sold Her Own Clothes For The Role