See Netflix’s Sandman Watch As His Sister Kills A Man

As the Marvel Cinematic Universe and the DC Extended Universe make their way to streaming platforms like Disney+ and HBO Max, it seems that other streamers are looking to produce more comic book-related content. Amazon Prime Video has taken fans into three seasons and counting of The Boys, while Hulu presented the world with their rendition of Runaways. Netflix is one of those subscription-based streaming services that has had comics on their radar for quite some time, with much-applauded efforts such as the Krysten Ritter series Jessica Jones and Mike Colter’s take on Luke Cage. Now it appears that Netflix is introducing their viewers to a fan favorite, The Sandman. You can see a clip from the series below:

The Sandman is an upcoming Netflix series based on the comic book of the same name by DC Comics. Recently, clips of the soon-to-be-released fantasy drama have made their way to YouTube. As reported by Screen Rant, one particular clip from the show features the character of Dream as he watches Death comforting an elderly man named Harry as he is dying. Harry is shown playing the violin when Death enters the room, letting the older gentleman know that his time has come, and Death waits for no man. Harry recites the Jewish prayer, The Shema, which is considered by many to be the prayer that Jewish people say in their final moments. In the clip, Harry believes he will go to Heaven by saying the prayer.

The clip released to IGN’s YouTube page has been viewed over 130,000 times since its posting on July 25th, 2022. The Sandman will feature a fascinating cast, including English actor Tom Sturridge as Dream and Kirby Howell-Baptiste as Death. Dream is one of seven members of the family called The Endless, which includes Delirium, Desire, Despair, Destiny, Destruction, and Death. Rounding out the cast as some of the other members of this family are Mason Alexander Park and Donna Preston. According to Rotten Tomatoes, The Sandman will focus on Dream as he is captured during an occult ritual. Held as a prisoner for over one hundred years, Dream escapes and attempts to bring order to his kingdom.

Netflix’s version of the upcoming The Sandman is not the first vehicle the streamer has attempted from the same comic book series. English actor Gwendoline Christie will embody Lucifer Morningstar in The Sandman, a take on the character that Tom Ellis has portrayed on Netflix’s series Lucifer for six seasons. After being canceled by Fox after its third season, Netflix picked up Lucifer and continued production on the show until its ultimate cancellation in 2021. The character of Lucifer Morningstar is seen as a prominent role in The Sandman. According to a report by CBR.com, The Sandman’s version of the character with Gwendoline Christie in the part will be a more faithful depiction of the original comic book version than Tom Ellis’ famous incarnation. Netflix is set to debut the first season of The Sandman on August 5th, with appearances by Boyd Holbrook, Joely Richardson, Stephen Fry, Charles Dance, Patton Oswalt, and Mark Hamill. 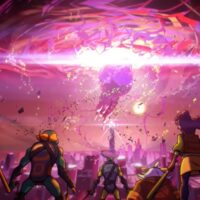 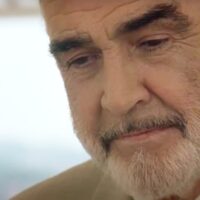 A Sean Connery Spy Classic Is Streaming On Netflix 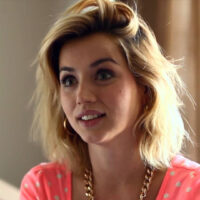