Could we finally have confirmation that Krysten Ritter is returning to the Jessica Jones role, this time in the Marvel Cinematic Universe.

There’s been some big news happening with the Marvel Cinematic Universe here. And it’s looking like things are starting to heat up for the Netflix group of characters who made their way off the streamer and into the MCU proper last year. While it’s been rumored off and on that we would see a majority of these folks before long, only two have shown up so far. And going forward, those two are confirmed for other projects. But now there’s another persistent rumor that Krysten Ritter as Jessica Jones could be appearing as well and that’s great news for fans of that particular series. It is very much looking like most of the Defenders band is getting back together on Disney+.

This latest rumor comes from The Weekly Planet YouTube channel (via Comic Book) and has all signs pointing to a Krysten Ritter return in Echo which is due out next year on Disney+. Apparently, the show notes for that series include a side story that involves Matt Murdock’s Daredevil trying to track down Jessica Jones in New York City. Seeing as how Charlie Cox was just confirmed as having a bigger part in the Echo series, this would certainly be a way to begin wrapping more of the Defenders into the mix. The Echo character has been long tied to the Daredevil world in the comic books, so there’s already significant overlap.

Comic Book also points out that with the Netflix Marvel properties making their way onto the Disney+ platform for streaming, the Krysten Ritter Jessica Jones series has been renamed A.K.A Jessica Jones, possibly in a move to re-establish the character in this universe. That’s speculation of course, but again there typically is fire with this kind of smoke where Marvel is concerned and enough other pieces have already fallen into place around this Netflix group. In addition to Charlie Cox, who we already saw once albeit briefly, in Spider-Man: No Way Home, Vincent D’Onofrio will reprise his Wilson Fisk/ Kingpin role in Echo as well. We saw him first in Hawkeye and he is the guardian of Maya Lopez/ Echo after the death of her father (who Kingpin originally killed). Both actors will have moments in the series when it hits the streamer.

Jessica Jones ran for three seasons on Netflix with Krysten Ritter in the starring role. In the series, she works as a private investigator though she does have superpowers. But there had been an incident with that series’ primary antagonist Kilgrave which had caused Jessica Jones to murder someone. In the show, she’s struggling in the wake of this and still battling Kilgrave throughout.

If Krysten Ritter were to return to the character it would make half of the Netflix group confirmed for the MCU. We are still waiting to hear what will happen with Jon Bernthal’s Punisher, Mike Colter’s Luke Cage, and Finn Jones’s Iron Fist. Though the latter isn’t expected to make his way to the MCU side. And again, we are still waiting on firm confirmation that Krysten Ritter will, in fact, be returning. 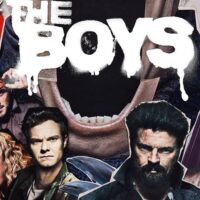 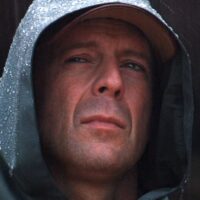