It used to be that when a superhero franchise wrapped up and moved on, that was the end of the particular version of a character. Maybe years later with another actor in the lead role things would be rebooted, but the old version stayed in the past as part of history. Those days are long gone. With the introduction of the Multiverse really anything is on the table, something we’ve already seen play out once, and something director Sam Raimi surely understands. That brings into question things like a Spider-Man 4 from Raimi, the chance to return for another story in the Tobey Maguire version of the wall-crawler. Well, on that front Sony (or at least someone from Sony) did chime in on the possibility of Raimi adding to his original trilogy of films.

While speaking with Fandango last week in preparation for his next movie Doctor Strange in the Multiverse of Madness to hit screens, Sam Raimi was asked a whole host of questions about his career, both past and present. He also touched on what he thought might happen in and around another Spider-Man movie with Tobey Maguire in the lead.

Sam Raimi didn’t throw cold water on the idea at all, and in fact, seemed to lean into the notion somewhat. Of course, he understands the implications but also has a grasp on how the Multiverse expands the potential for parallel stories about the same character. And it also opens up an avenue to bring back the fourth movie in the franchise which was eventually scrapped by Sony. Check out what Sam Raimi had to say:

“I’ve come to realize after making Doctor Strange that anything is possible, really anything in the Marvel universe, any team-ups. I love Tobey. I love Kirsten Dunst. I think all things are possible. I don’t really have a story or a plan. I don’t know if Marvel would be interested in that right now. I don’t know what their thoughts are about that. I haven’t really pursued that. But it sounds beautiful. ”

Ok, so this very much seems like Sam Raimi would be game for Spider-Man 4 in almost any direction it took. And this kind of positivity from the director, who clearly has a solid working relationship with Marvel right now, was enough to set certain sections of the internet on fire with the hope that it would come to fruition. This led to the Spider-Man faithful over on Twitter hounding Sony for more information on whether Raimi taking the reins again could at all be a possibility. One arm of Sony responded though it didn’t necessarily shine any more light on whether Spider-Man 4 could ever get made with Raimi in the director’s chair. Check out what they had to say about Sam Raimi here.

So, yes Sony has responded about the possibility of a Sam Raimi Spider-Man 4 but only in the sense that they’ve heard the public outcry to have this film be made. And maybe the social media team kicked it upstairs if that would even need to be necessary at all (which is very unlikely). Remember this movie was in development back in 2007 with Raimi attached to bring another story to the franchise. But this was scrapped after Raimi left the project due to some time constraints and the studio ended up pivoting to Amazing Spider-Man with Andrew Garfield in the lead. That should have felt like the end of the Raimi/ Maguire run of films.

But with Sam Raimi now helming Doctor Strange 2 and Tobey Maguire appearing as Peter Parker in Spider-Man: No Way Home, things might be dovetailing nicely for a reunion of sorts in Spider-Man 4. We know the Maguire version of Peter Parker is alive and kicking and Raimi has connections with Sony and Marvel. Is there really anything more we need? Get it done Sony and respond with more than the social media team this time. 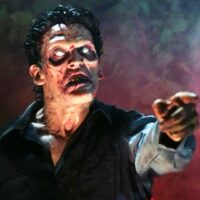 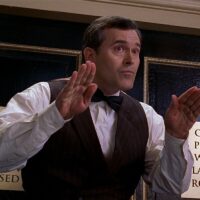