While Robert Downey Jr. is known these days for his part in one of the greatest comic book movie franchises of all time, he also has his hands in another story from the printed pages as well. It’s from a different studio and publishing group but has been able to garner a significant critical response. And now it looks like we are going to get a second season of the acclaimed series. Bloody Disgusting has it that Netflix has renewed Sweet Tooth for a second season, an exciting announcement from the streamer for a story that we could see for years to come.

This announcement about Sweet Tooth getting a second season is fantastic news, a much-deserved renewal for the surprise series that takes its unique story right out of the comic book pages. Robert Downey Jr. didn’t appear on screen in the series, but his production company Team Downey, which he runs with his wife Susan Downey, was responsible for bringing the story to the streamer.

With Sweet Tooth, Robert Downey Jr. and company brought a story completely different than what we saw from the actor’s previous work in the Marvel Cinematic Universe. This was a story about a world that has gone a bit off the rails and has placed elements of fantasy within its story. A cataclysmic event called “The Great Crumble” served to wipe out a huge portion of the world’s population in a viral pandemic that decimated the globe. But around the same time, there was also a scientific anomaly that had babies born with animal characteristics.

Because of the oddity, the remaining humans are incredibly fearful and even hostile towards this new group, seeing them as the reason for the world’s downfall. The main character, Gus, is a half-human, half-deer who finds himself on a cross-country quest for safety alongside Tommy (Nonso Anozie).

Robert Downey Jr. produced the series, but series creator Jim Mickle was the one who handled the creative duties in Sweet Tooth, crafting a story taken from the DC comic book of the same name by Jeff Lemire. It’s an emotional story, fraught with peril for young Gus whose differences, and the animosity and hate levied his way because of them (dude has antlers), is a perfect commentary on our time. There’s a reason the series is sitting at 98% on Rotten Tomatoes and why Netflix was quick to re-up things for a second season.

As for Robert Downey Jr, it’s a little unclear what the future holds for the one-time fixture in the Marvel Cinematic Universe. We all know that Tony Stark died at the end of Avengers: Endgame making it seem like that was the end of the line for Downey in this world. But these are comic book movies we are talking about and with the addition of the Multiverse to the story, really anything is possible these days. Just because a character died in one reality doesn’t mean he/she isn’t alive somewhere else. The rules of time and space have bent completely meaning there is an avenue for Robert Downey Jr. to return one day if everyone saw fit.

In the meantime, Robert Downey Jr. is likely to reprise his Sherlock Holmes role at some point with the third movie in that franchise somewhere in the pre-production timeline. And he is also set to star in an HBO limited series The Sympathizer which is set near the end of the Vietnam War. 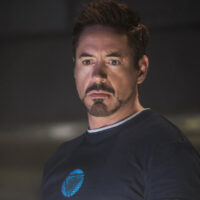 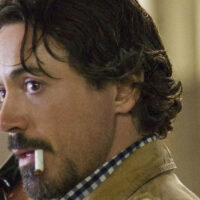