As Avengers: Endgame was wrapping up its climactic battle scene, one which saw the entire Marvel good guy roster duke it out with Thanos and company, there was this prevailing thought rolling through the back of the collective audience’s head. Not everyone is going to survive this all-out battle. This prevailing dread came to fruition when Tony Stark a.k.a. Iron Man, played by Robert Downey Jr., snapped his fingers. The Marvel Cinematic Universe, as we knew it then, forever changed.

Robert Downey Jr. was in a reflective mood during a GQ magazine interview that featured Tom Holland but had some words of wisdom being imparted by the fellow Marvel actor. Downey Jr. was commenting on how Holland, at the moment, was the perfect Spider-Man but his is just one of the few Spider-Men we’ve already seen. “What I am saying is there was a Spider-Man before Tom Holland and there will be a Spider-Man after Tom Holland. That’s facts, Tommo. Sorry.” So how does that play for Downey Jr. as Iron Man, would he ever be able to step back into the role of Tony Stark, given the fact that Iron Man has died a few deaths in the comics but always finds a way to come back. “Well…” he mummers to GQ. “I have alighted, for now. Real world to save. But never say never.” Alighted for sure. But this removal and return to the MCU can easily be explained if this is what Robert Downey Jr. wants. He is, after all, Iron Man.

Oh, but those rumors about his return. First up was the one that would see Downey Jr. return to a younger version of Tony Stark in the upcoming Marvel film Black Widow, which tells the story of Natasha Romanoff and how she becomes Black Widow. When Downey Jr. was presented with the rumor, his response via CinemaBlend was classic Downey Jr., “I mean, it would be nice if they notified me. Forewarned is forearmed. They can do anything now. This could be a deep fake interview for all we know.” Did you think he was just going to come out and announce his involvement? What is clear though is that Robert Downey Jr. can dance. You can see him tap-dancing around the 5:30 mark of the ET interview below.

Then there is the persistent rumor (which we reported on earlier) of Robert Downey Jr. returning to the MCU in the upcoming Disney+ series Ironheart. This new series follows teenage super-genius Riri Williams, who has built her own super-suit based on Tony Stark’s Iron Man suit. She added modifications to better suit her abilities and turned herself into a superhero. Downey Jr.’s appearance would be as Tony Stark, as he gets word of Riri’s invention and becomes her mentor of sorts. Rumors.

“Coy” seems to be the part Downey Jr. is playing right now and that is good form. Robert Downey Jr. knows how to play his audience, keep them on the edge of their seats and guessing. 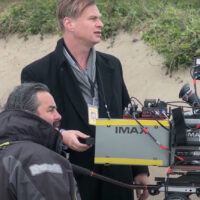 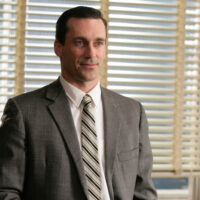