When we finally get the Peacemaker series on HBO Max next week, we are likely to be dealt a show that fully encapsulates a character unlike almost anything else we’ve seen in the superhero/ comic book movie universe so far. We were given just enough of a taste of John Cena in the role for The Suicide Squad and combined with early trailers, he appears to be a character that you might just love despite his violent foibles. Well, now critics are ringing in on their thoughts about the series and many are saying the same few words to describe it, even if those words are sometimes in conflict with each other.

Giant Freakin Robot has already come out of the gate with high praise for Peacemaker and that seems to be the case almost across the industry with many folks giving kudos to a series that’s pulled off the general gestalt around John Cena’s titular character. What’s interesting is that nearly every review couches the show in two ways. They all agree it’s some form of goofy or silly while also describing it as gory and violent. It’s rare to be able to pull off these two somewhat competing ideas in a production, though when they hit right serious magic can happen. It sure seems like that’s the case with Peacemaker. Check out some of the other reactions.

It’s easy to see why these are the prevailing sentiments if you’ve seen any of the promotional material or trailers for the series. It looks like a frenetic mess of violent arrested development on the part of Cena’s Peacemaker who is just starting off on his missions with Task Force X. Peacemaker is set as a prequel and a sequel to The Suicide Squad, setting up how he became entangled with the group in the first place and what happened after. We’ve seen Peacemaker’s blunt and doltish demeanor show up in hilarious ways, not understanding some of the very basics of human interaction, operating strictly without a filter. His faux-patriotism is exemplified by naming his pet eagle “Eagly” as just the icing on the cake.

Funny enough, these words used to describe Peacemaker were similar to those employed when describing The Suicide Squad as well. James Gunn giving unhealthy doses of the ridiculous and sublime in an ultra-violent movie was just the kind of shot in the arm the reboot needed after the David Ayers version mostly fell flat with audiences and critics alike.

In addition to John Cena in the title role, Peacemaker will also bring back Steve Agee as John Economos and Jennifer Holland as Emilia Harcourt, two of the bulky dude’s handlers. That squad will also add Daniell Brooks as Leota Adebayo and Chukwudi Iwuji as Clemson Murn. They round out the team trying to humanize and educate Peacemaker along the way. Plus they’ll be joined by Freddie Stroma as Vigilante, another crimefighter who contends with Peacemaker for having the least clue.

It won’t be long until we are able to catch Peacemaker in all of its goofy and gory glory. The series is set to air the first three episodes on HBO Max on January 13th. 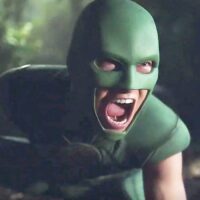 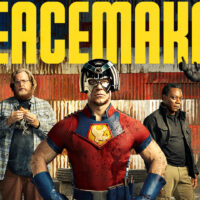 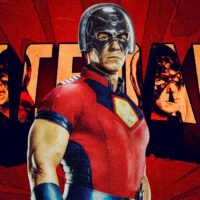 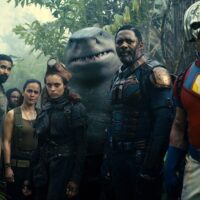