The entertainment world is in mourning today for the loss of one of its funniest comics. Comedian, actor, and talk show host Norm Macdonald has died today from cancer at the age of 61.

Deadline reports that Norm Macdonald’s close friend Lori Jo Hoekstra was with the comedian when he died. She said Macdonald worked hard to keep his diagnosis a secret for nine years because he didn’t want his audience’s view of him obscured by cancer. Hoekstra said “He was most proud of his comedy,” and it was that comedy for which he wanted to be remembered.

Norm Macdonald’s earliest claim to fame was his spot on the weekly late night institution Saturday Night Live. Macdonald was an SNL cast member between 1993 and 1998, and while he offered some hilarious impersonations — most famously his take on actor Burt Reynolds during the show’s infamous send ups of Celebrity Jeopardy — he was best known as one of the funniest SNL comics to ever take on the role of Weekend Update anchor.

Norm Macdonald was replaced at the Weekend Update desk by Colin Quinn. Even now, decades later, fans credit Macdonald’s dismissal with merciless jokes he made about the O.J. Simpson trial. For example, while the jury was deliberating, Macdonald quipped, “They must now decide whether to free him or get all their heads cut off.” Don Ohlmeyer, president of NBC’s West Coast division, was both the man who made the decision to remove Macdonald and reportedly a good friend of O.J. Simpson’s.

Norm Macdonald was never one to shy away from controversial humor and it’s somehow fitting that his passing now reflects one of his darker, hilarious bits. Search the comic’s name right now and you will find plenty of tweets and stories referring to his nine year “battle with cancer.” In response to the news of his passing, writer David Gardner tweeted a quote from Macdonald’s own stand-up, recorded in 2011, in which the comic expressed confusion at the practice of referring to someone’s death as the result of a “battle” with the illness.

Gardner is hardly the only person to take to social media in the wake of Norm Macdonald’s passing. Scores of celebrities, particularly Macdonald’s colleagues in comedy went to Twitter to express their sadness and admiration, including Seth Rogen, who copped to riding the late comedian’s coattails.

As Rogen noted, Norm Macdonald was one of the best late night guests out there, particularly when he stopped by to visit Late Night with Conan O’Brien. Deadline remembered Macdonald bringing O’Brien and Andy Richter to tears, and according to his tweet, O’Brien remembers it pretty well too.

Another comedian known for dealing with darker comedy, Anthony Jeselnik, posted a tribute to Norm Macdonald that was brief, but no less accurate for its brevity.

Before most knew who he was, Norm Macdonald was a Star Search contestant in 1990. He landed his first comedy writing job penning jokes for another popular Weekend Update anchor on The Dennis Miller Show. He followed that up by writing for the original run of the hit sitcom Roseanne between 1992 and 1993.

Norm Macdonald was listed as one of the comedians performing in the upcoming New York Comedy Festival in November. We’re certain he’ll be as missed there as he is missed everywhere today. 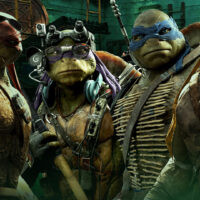