Okay world, it’s time to get ready for one more streaming service and with what’s going on across the country (or lack thereof) the timing couldn’t be any better. NBC is getting ready to rollout (in some cases it has started) their new streaming service they are aptly calling The Peacock. Taking their cue from the already established streaming services, The Peacock will offer a mixture of classic and current TV shows on NBC as well as a significant number of original shows produced only for The Peacock.

With the state of the nation under quarantine, many of these new shows had to halt production, so their premiere dates are unknown. But here is a guide (in alphabetical order) as to what you can expect in original programming from The Peacock once production can start up again.

This late-night talk show comes from Late Night With Seth Meyers writer and performer Amber Ruffin. The show is being described as “a late-night show with only the good parts – the comedy.” Jenny Hagel, Ruffin’s frequent Late-Night collaborator, will be tagging along as a writer for the show.

This animated comedy series is based on the extremely popular Dungeons & Dragons podcast from the McElroy Family. The series will follow the trio as they begin their quest, along with their beleaguered Dungeon Master, to save the world.

This limited series stars Emmy Rossum as billboard Queen, Angelyne. She rose to fame in the mid-80s as a larger than life character on billboards scattered across Los Angeles. This will be a look at how she rose to fame and remained there all while keeping her true identity a secret for years.

The second reboot of the popular series comes from Sam Esmail, known for writing and directing Mr. Robot. It should be noted, however, that Esmail is not considering the new BG as a reboot, per a tweet. “BSG fans, this will not be a remake of the amazing series Ronald D. Moore launched because… why mess with perfection? Instead, we’ll explore a new story within the mythology while staying true to the spirit of Battlestar. So say we all!”

Norman Lear is the 97 years old TV writer and producer with such classic comedy credits such as All In The Family, Sanford and Sons, The Jeffersons, One Day At A Time, Maude, and Good Times under his belt. Clean Slate stars George Wallace and Laverne Cox and tells the story of Henry (Wallace), who is an old-school car wash owner, that is excited to find out that his estranged son is coming home at 17 long years. But Henry is tested when his son returns as a very determined and proud trans woman.

This animated science fiction series is based on the graphic novel series from Mike Maihack which is about a teenage Cleopatra and her adventures. Maihack says the series will be different from the graphic novel in that there will be time travel in the series.

When a British detective is killed in action, he is brought back to life using experimental Artificial Intelligence. The comedy series will star Daniel Mays (Rogue One) and Stephen Graham (Boardwalk Empire).

This comedy comes from Amy Poehler (Parks and Recreation) and is about a women’s collegiate soccer team who gets a new female coach. The coach used to be a pro soccer player but has fallen from grace. They now must decide whether they are going to take a chance on being great.

This new drama has some heavy hitters in front of the camera. Jamie Dornan stars as Dr. Christopher Duntsch, a brilliant if not sociopathic surgeon, whose patients enter his operating room only to leave permanently maimed or dead. Alec Baldwin, Molly Griggs and Christian Slater also star.

Mindy Kaling (The Office, The Mindy Project) is back as executive producer in this comedy about Ellie, an independent woman and perpetually single who has always wanted a family but has never been able to find a man she feels worthy enough to be a father. Then she turns 39 and decides to ask her gay best friend to be the sperm donor. Her life changes when he says yes.

Tina Fey (30 Rock, SNL) returns to NBC as executive producer in this comedy about a one-hit wonder girls group from the 90’s who, despite where they are at in life, decide to give their career one last shot.

This is an anthology series created by New York Times best-selling author Nick Bilton that tells intimate true stories of companies that don’t necessarily play by the rules. Twitter is up first.

He first got his start on Saturday Night Live. Then came the movie. Now, MacGruber is getting his own TV series! Will Forte will reprise his role as MacGruber, America’s ultimate hero. Chances are it’ll be as whacky as expected.

Animation fun for the kiddies from Family DreamWorks Animation.

One of Us Is Lying

This drama is based on the popular YA novel of the same name written by Karen M. McManus. It’s a story about what happens when five teenagers go into detention at school and only four of them walk out alive. Suspects and secrets abound.

This new comedy stars Ed Helms (The Hangover series, The Office) as a man who lives in a small New England town and is having much trouble trying to adjust to the changes life is bringing him.

Saved By The Bell

If this title looks familiar, it should. Saved By The Bell follows in the footsteps of previous sitcoms that have been revived for a new generation. Mario Lopez, Elizabeth Berkley and Mark-Paul Gosselaar return to their former roles as we catch up on their lives.

Comes from creator Kara Brown and has Rashida Jones and Jada Pinkett Smith as executive producers. This show will examine what happens when its main characters of opposing ideologies are forced into an odd pairing.

The Peacock looks to take advantage of the Trolls popularity with this animated series from DreamWorks Animation.

The Peacock has more on their agenda including an untitled NBA docuseries, the untitled Punky Brewster reboot, an untitled racing series from Dale Earnhart Jr., and an untitled Real Housewives spin-off. For original films, right now the only listing the Peacock has is Psych 2: Lassie Comes Home, which is based on the USA Networks series Psych.

The streaming service will also be bringing over shows and series that appeared first on other networks such as A.P. Bio, Brave New World, Curious George, Where’s Waldo, and Intelligence among the titles. And fear not, The Peacock also will have at its disposal anything and everything from the extensive NBC vault which includes a long list of TV comedies, dramas, movies and yes, even The Office arrives in 2021. So, for those who wish to add one more streaming service to their monthly bill, The Peacock looks like it’ll be a nice one to have. 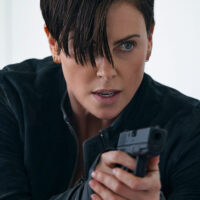 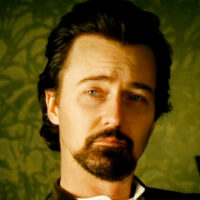