Ethan Hawke has officially cemented himself within the MCU, as he recently took on the role of the villainous Arthur Harrow in Moon Knight. Fans around the world have lauded him for his portrayal of the character. Quite honestly, we are all hoping that he might appear in some capacity in another Marvel film or series of some sort. However, the internet might now be divided by an older video that has recently gone viral, where Mr. Hawke speaks about what it means to make an art film. You can see the man’s opinion below:

Ethan Hawke should be protected at all costs. He certainly sounds like an actor who truly knows what it means to be in a superhero film. Hawke is essentially commenting on the world’s view of movies currently. According to the actor, “I love superhero movies, I love art-house movies. I don’t think there’s a difference between high art and low art. There are movies that people put their heart into, and there are movies that people try to cash in on. And the ones I like are the ones people put their heart into, and you can feel it in a superhero movie, or you can feel it in an arthouse movie.” Hawke then goes into detailing that he loves films like The Dark Knight, Doctor Strange, and Logan, but people forget films like Fanny and Alexander.

Fanny and Alexander might be an obscure pull that people might not immediately recognize, but Ethan Hawke is commenting on if the previously mentioned films are considered “great art films” then why is Fanny and Alexander not considered a high art film in that same note. He makes an excellent point that people often hold strong biases when it comes to film and will not go out of their own comfort zones to check something out that might be considered more obscure or indie in comparison to the high-flying action films that are the most popular these days. His underline message might be that people shouldn’t immediately throw away something they see a preview before because it wasn’t made by Marvel or some super known studio. At least, that is what we think he is saying.

For the purposes of backing up his point, right now Doctor Strange in the Multiverse of Madness is currently stomping out the competition. The film has catapulted over $505 million worldwide in box office numbers. However, there is another film that deals with a multiverse, and it is every bit as amazing as Doctor Strange is. Everything Everywhere All at Once is that film, and the Michelle Leoh-led film is nowhere near those box office numbers, but people have been seeing the film more through word of mouth. That is considered a much more indie-type picture, but it is amazing. It should honestly be seen as much as Doctor Strange, but it currently isn’t. Ethan Hawke is alluding to that fact, and so are we.

People might be often hypnotized by the glitz and glamour of the next Marvel film, which they should be, as most are emotional and so well written. However, always take some time to throw out a random name for a film that is currently in theaters at the same time. Take a chance on a film that may not seem like it will be in your wheelhouse of likes. You could be completely surprised by what you find. Plus, Ethan Hawke said it better than we could, and that is a smart man. 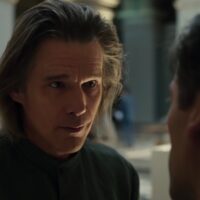 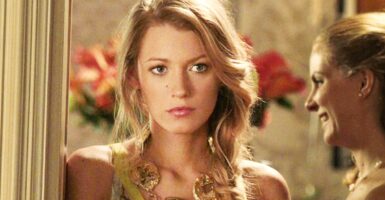